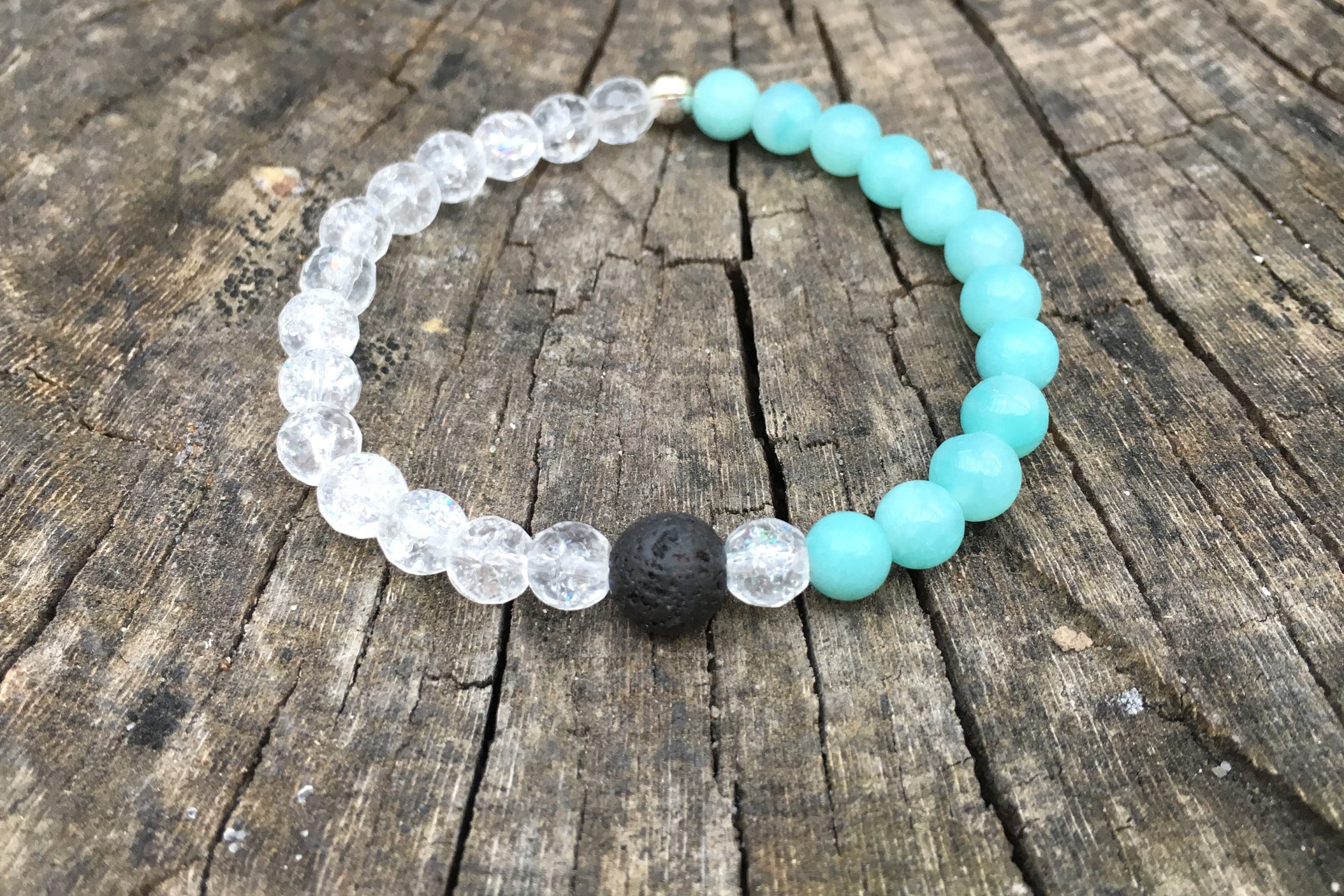 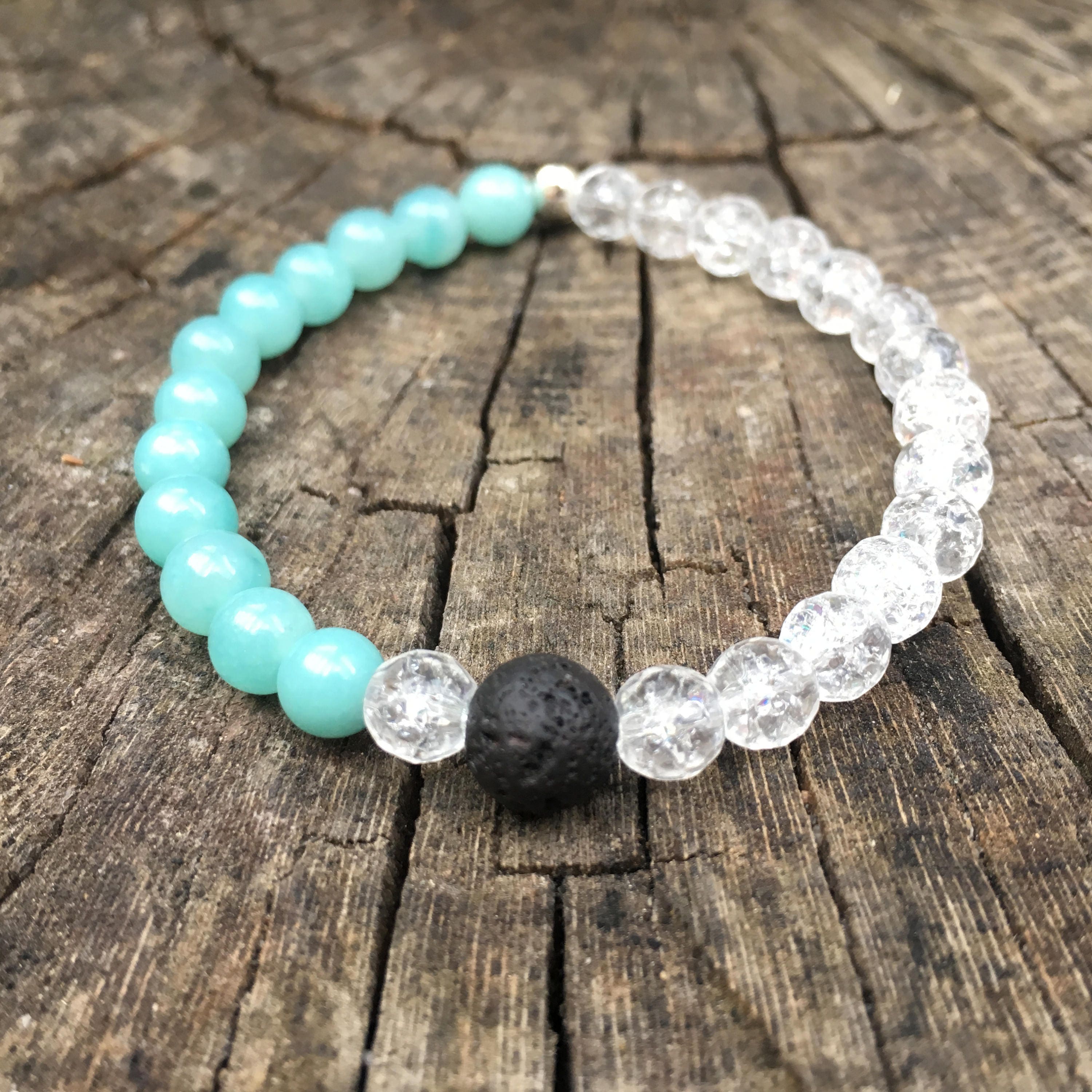 **NOTE: Has necklace to set (GREAT SKY necklace). In case you want to acquire the two pieces, we are informed in advance to deactivate in ETSY the shipping costs, which will be borne by us.

If you like my store, put it in your favorites and so you will be informed and it will be easier for you to see all the new jewelry that is incorporated.

AMAZONITE - PROPERTIES
Group of feldspars, their color varies from bright green to bluish green.
It calms anxiety and fears as well as nerves and insecurity. It brings intuition.
It fades and eliminates, negative energy and dislikes.
Powerfully relaxing.
Green gem.

QUARTZ/ROCK CRYSTAL - PROPERTIES
Rock Crystal Stone. Quartz is a silicate (silicon and oxygen) and is the most abundant mineral on Earth.
It is the stone of health, so called, for its healing and prevention properties.
Quartz is presented in different colors in Nature and each one has its particular properties at the same time that they share a general one of the quartz.
Rock crystal is the purest mineral, crystalline quartz, colorless and transparent. It is the best cleanser of negative energies and the most powerful. It favors concentration, positive thoughts, reinforces memory and the magnetic field.

VOLCANIC LAVA - PROPERTIES
Lava is magma that during its ascent through the earth's crust, reaches the surface. It usually has temperatures ranging between 700 ° C and 1,200 ° C, in its ascent the lava experiences: Atmospheric pressures that cause it to lose the gases it contained during its ascent. Ambient temperatures responsible for rapid cooling, a rock formed from lava has crystals that are not distinguishable to the naked eye (aphanitic or vitreous texture).
Lava helps to release oppressed feelings, provides vitality and sharpens the survival instinct, reinforces feelings of security and confidence, mentally eliminates tensions, black minerals provide security and stability and keeps away mental deviations and concentrates our attention on the essentials.
Chakras: Sacral.