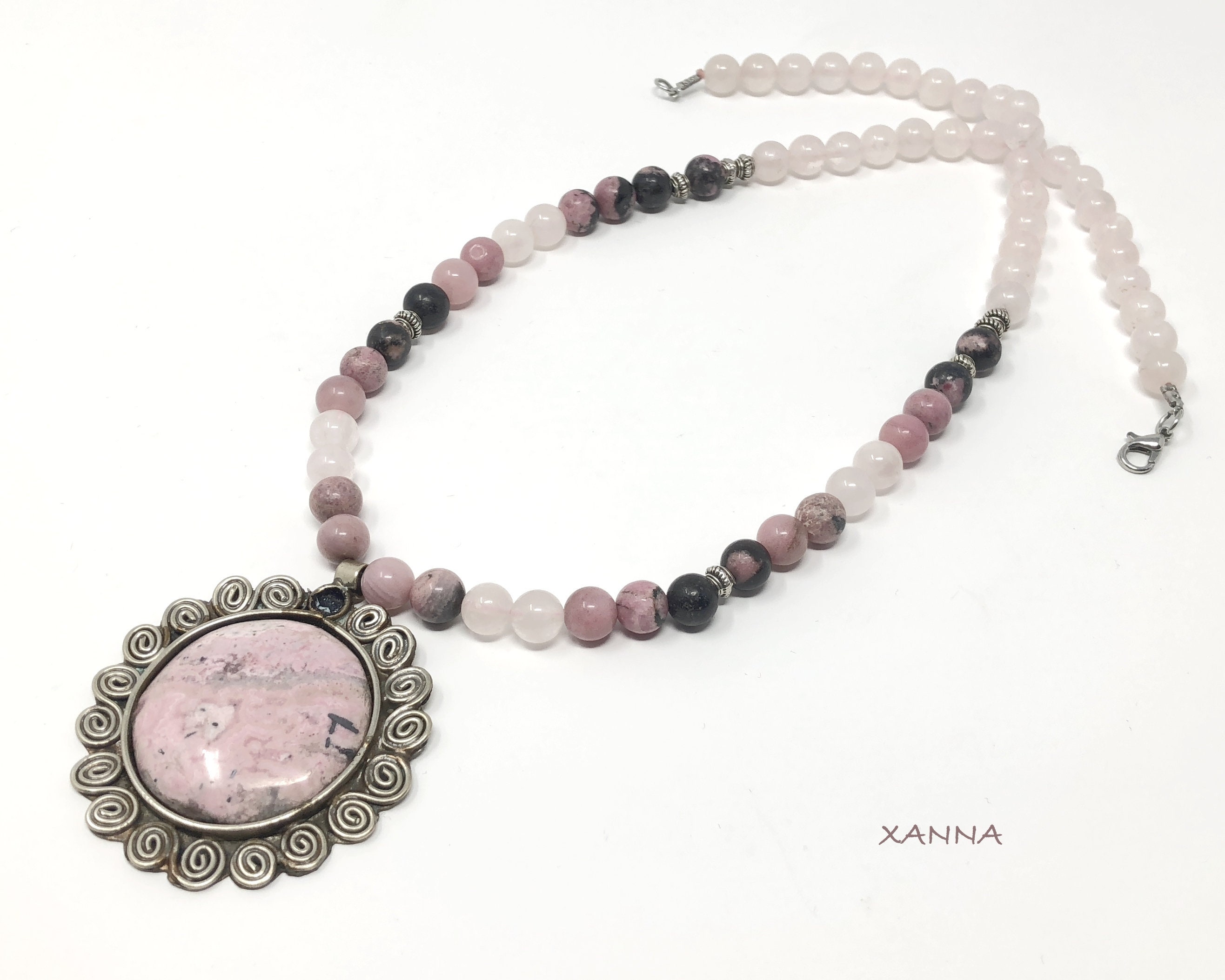 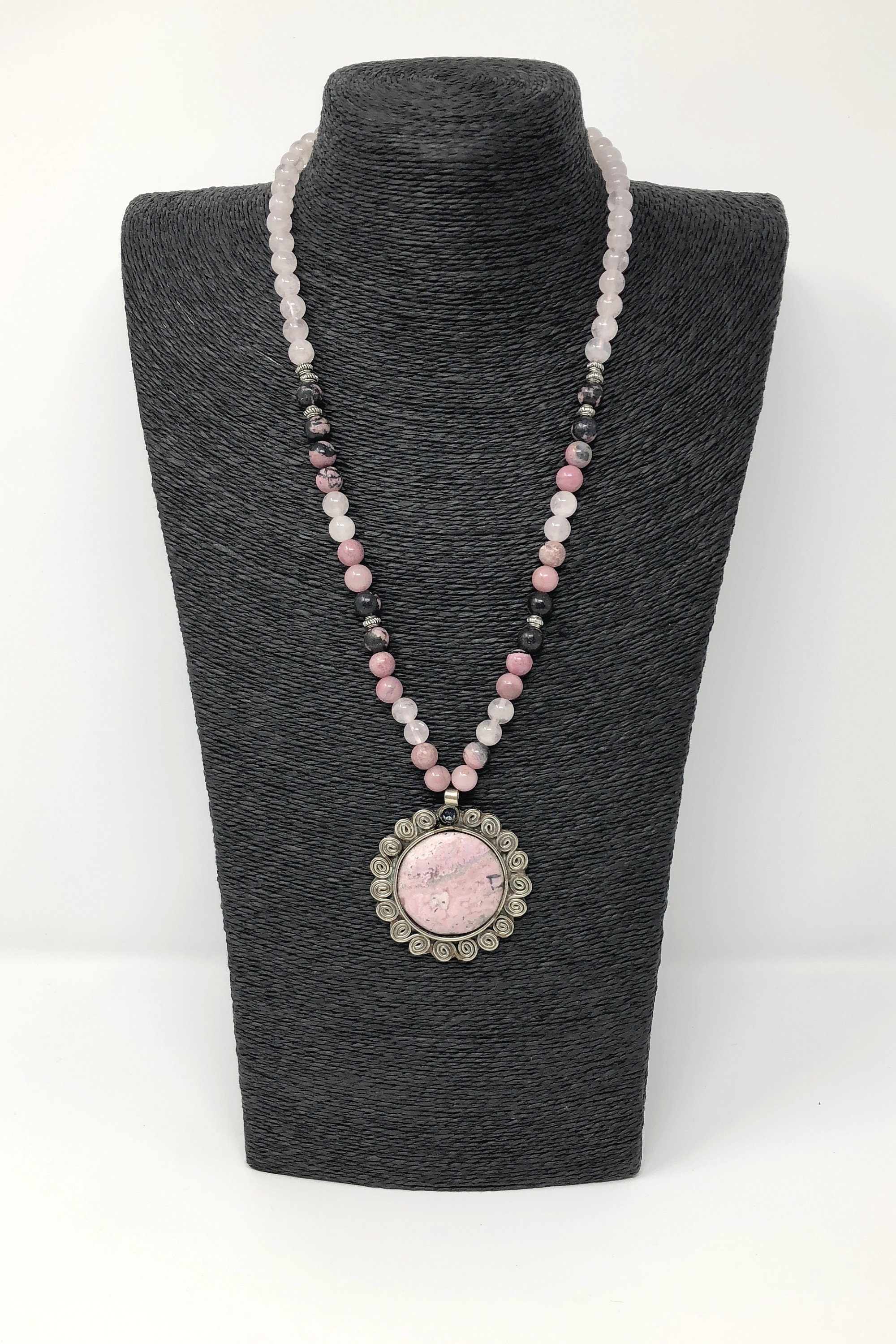 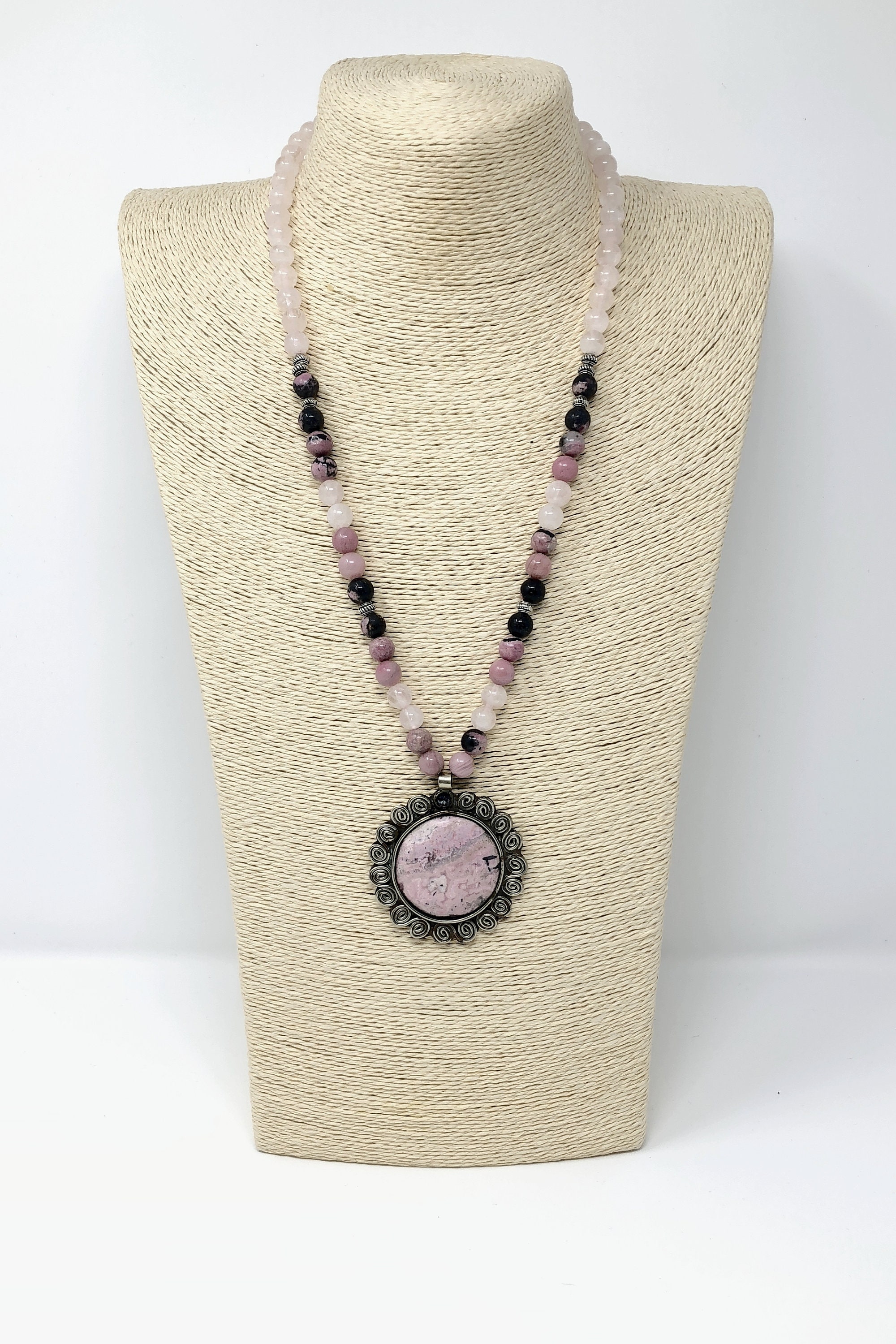 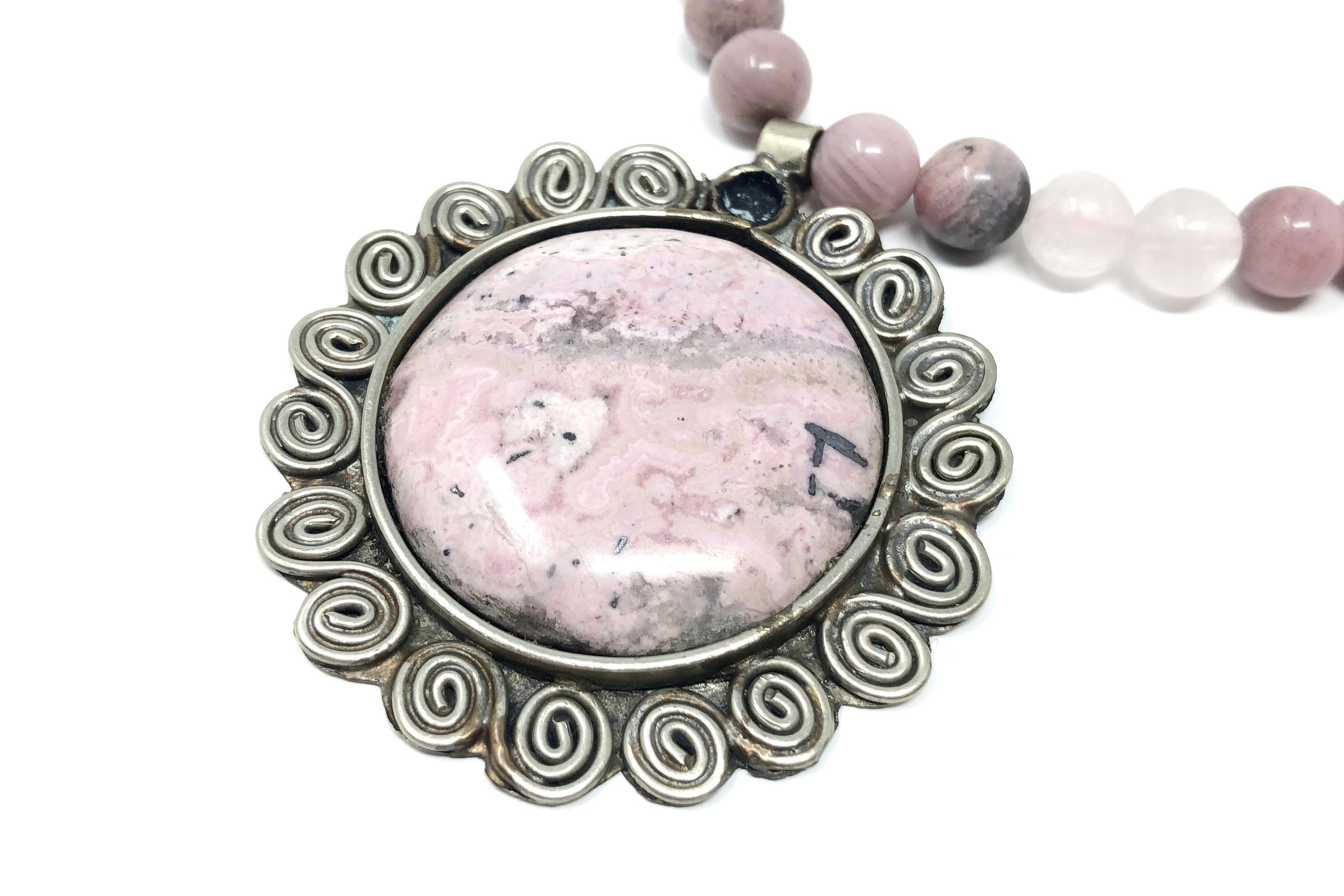 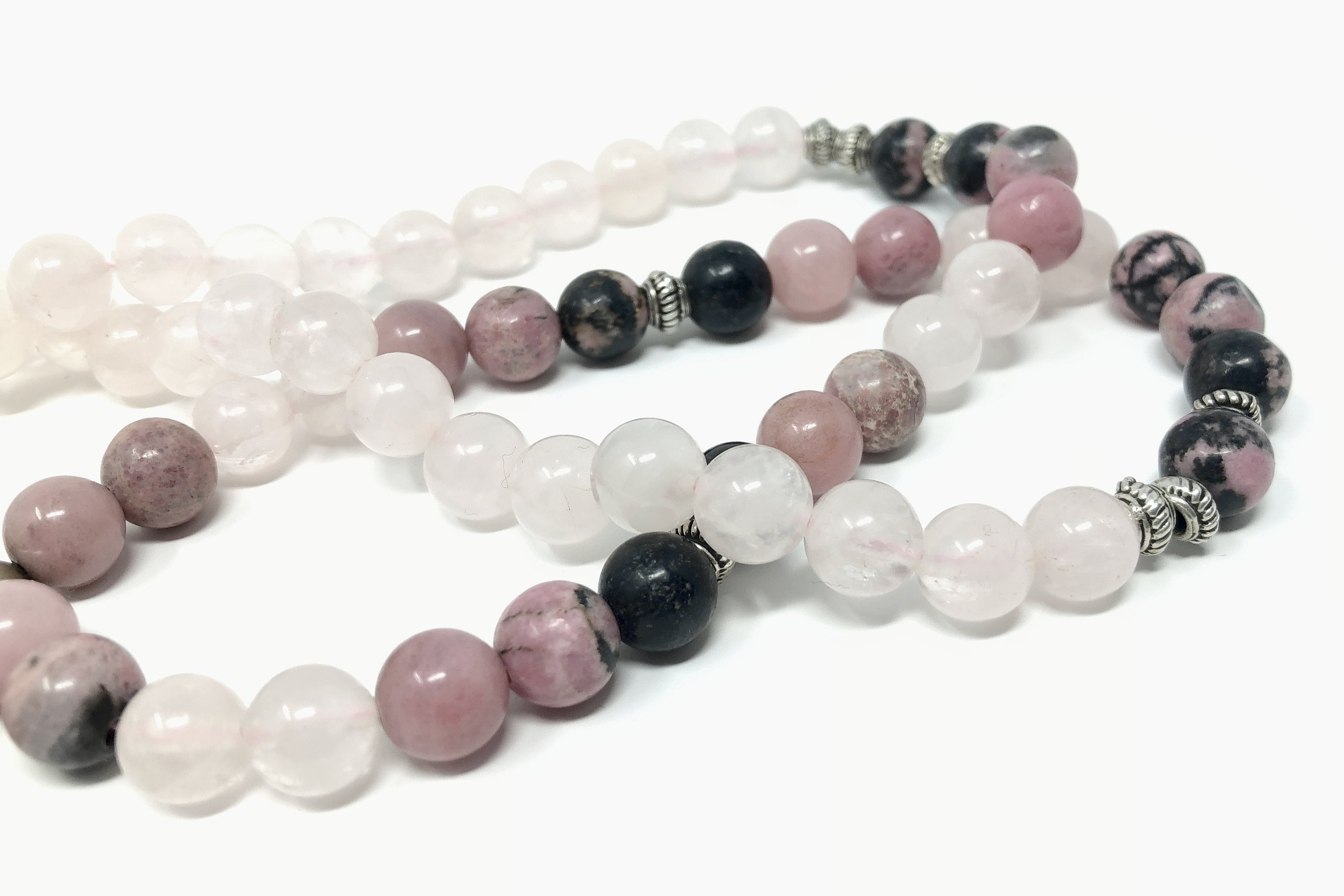 Rodhonite-Properties
Rodhonite Stone. It is a reddish-pink manganese and calcium silicate.
Symbol of friendship. Good for clarifying ideas. Inner peace, relieves confusion.
It cures the wounds and it is said, that it can reduce the scars.
Pink Gem.

QUARTZ-PROPERTIES
Rock Crystal Stone. Quartz is a silicate (silicon and oxygen) and is the most abundant mineral on earth.
It is the stone of health, so called, for its curative and preventive properties.
The quartz is presented in different colors in the nature and each one has its particular properties at the same time that, they share a general characteristic of the quartz.
The Rock crystal is the mineral in purest state, crystal quartz, colorless and transparent. It is the best cleaner of negative energies and the most powerful. It promotes concentration, positive thoughts, reinforces memory and magnetic field.