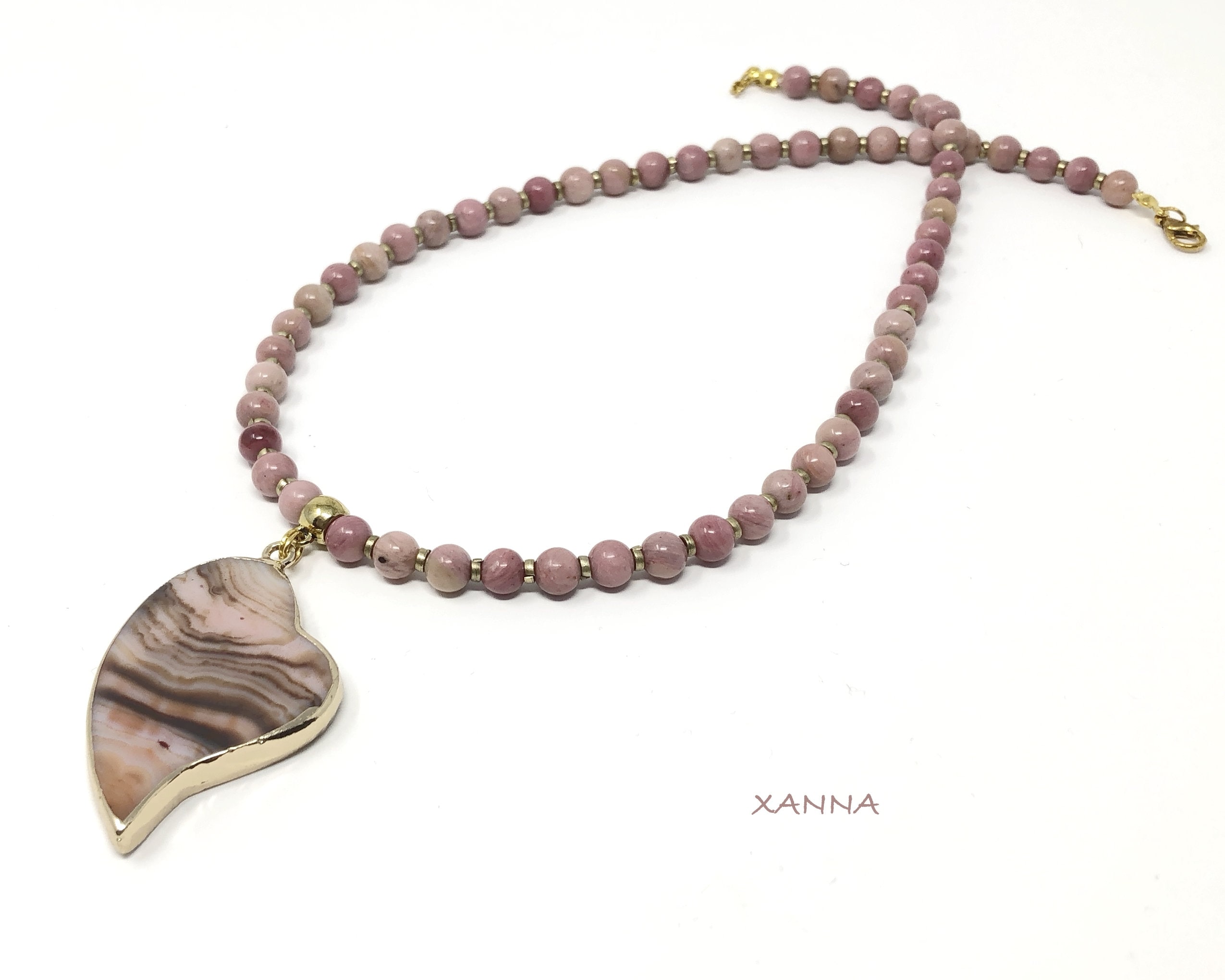 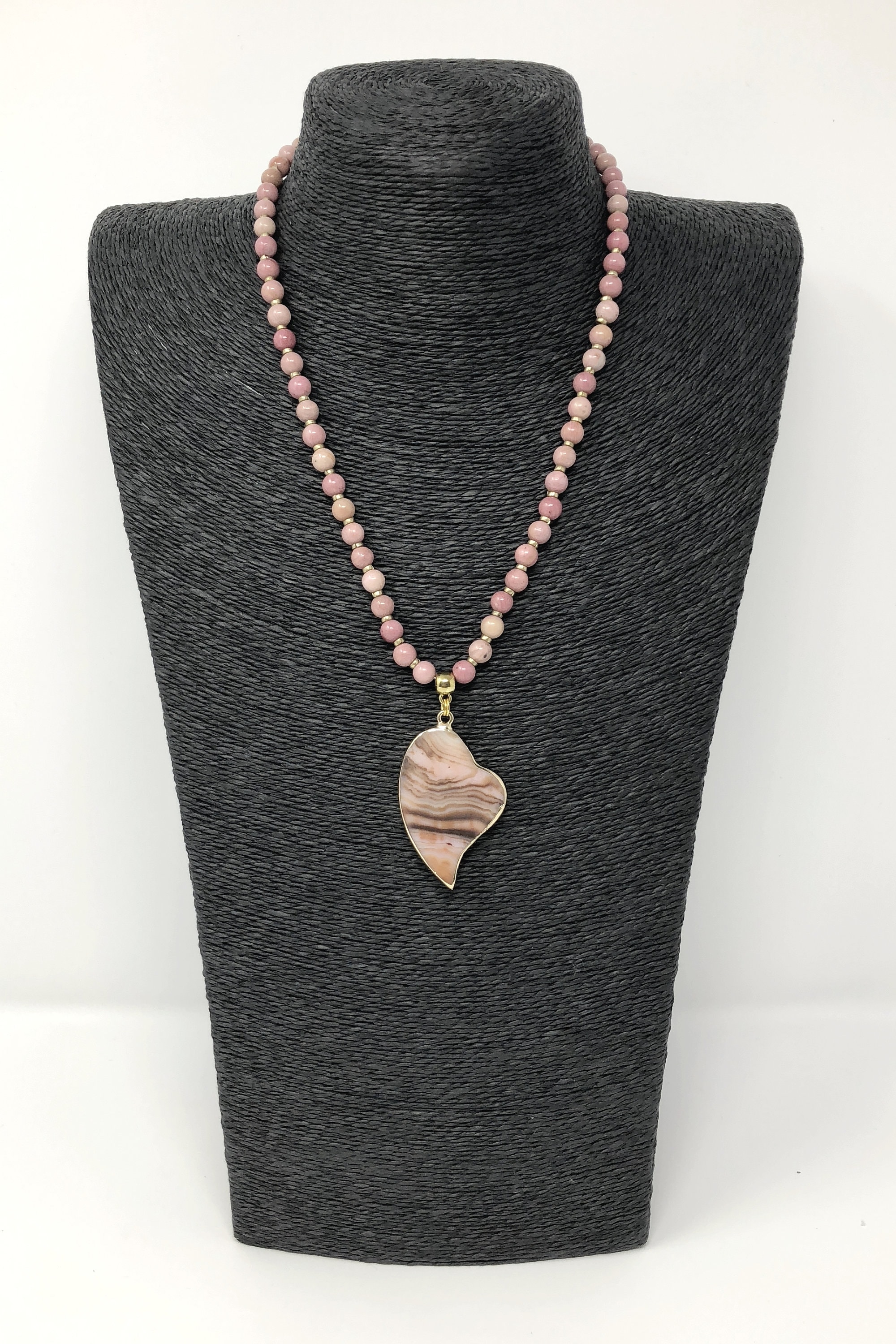 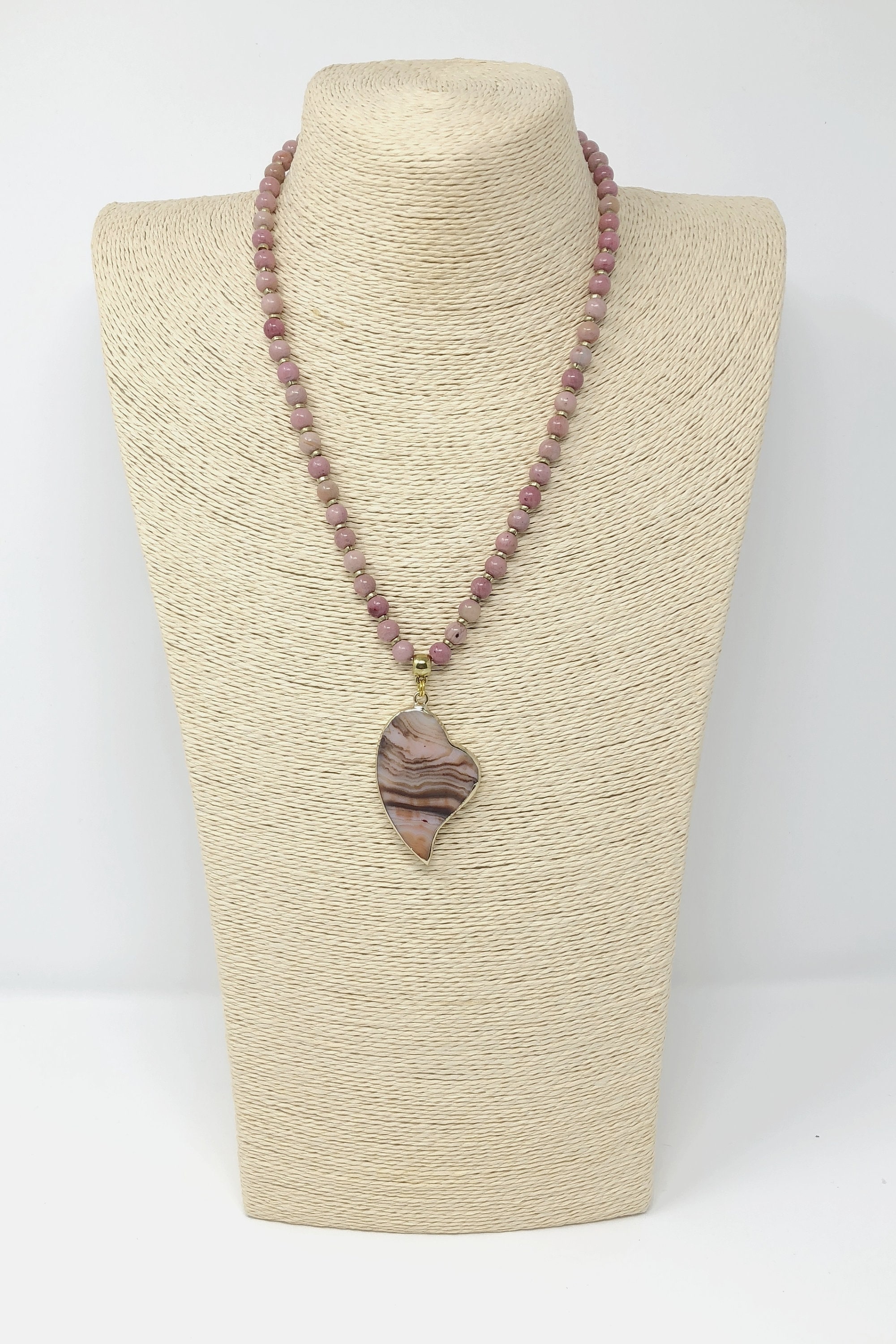 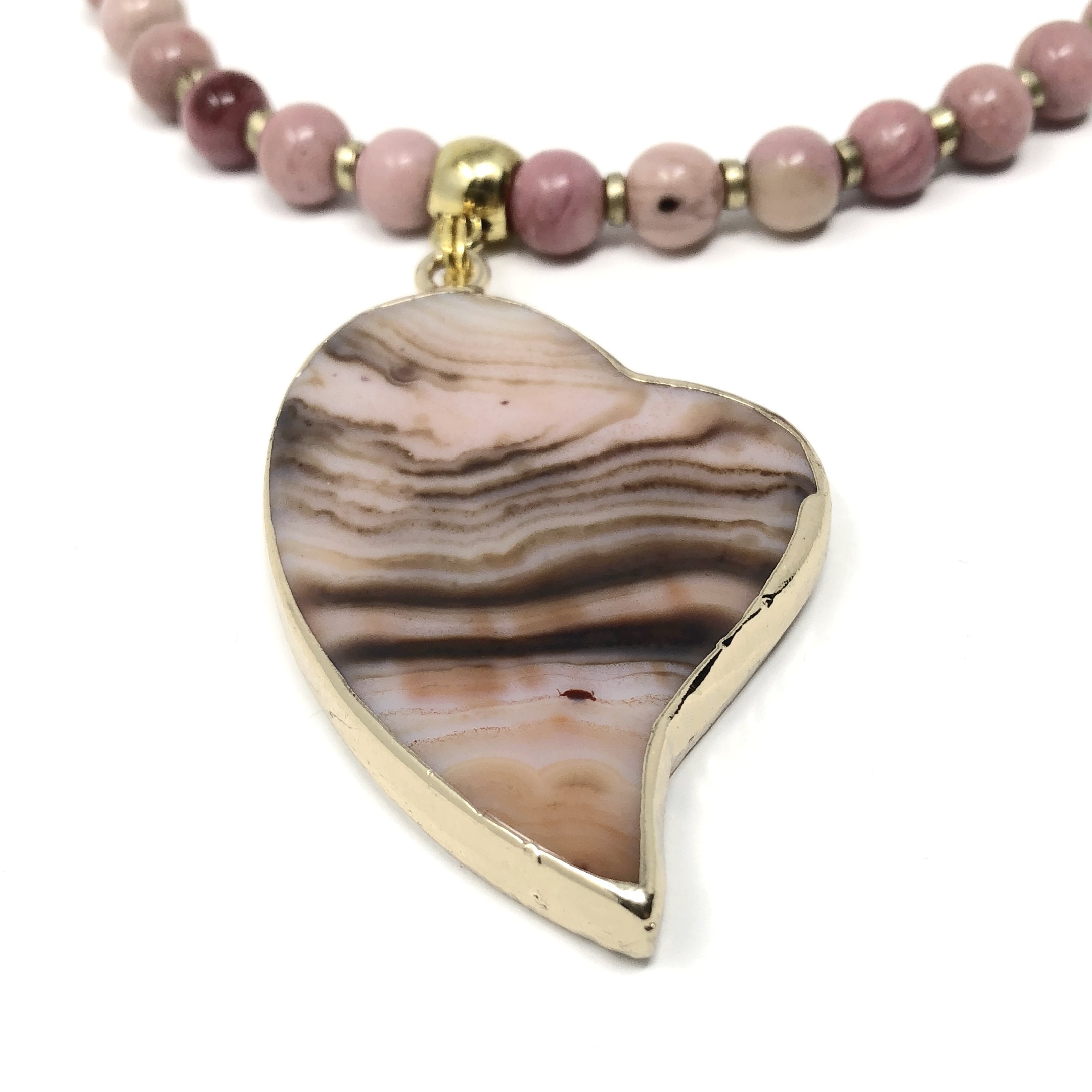 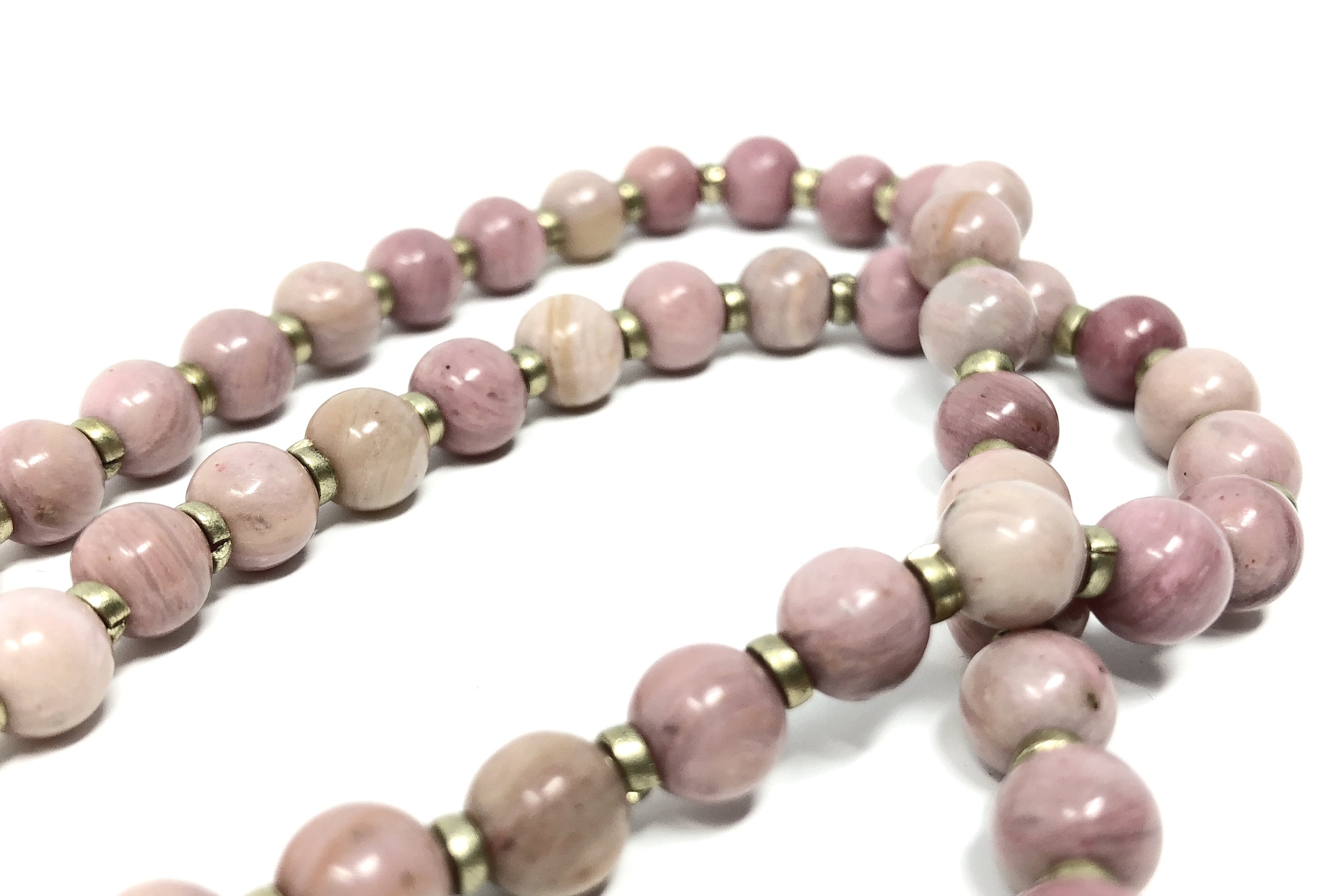 AGATE - PROPERTIES
In India, Nepal and Tibet used straight-banded agates and carved them to make amulets, these villages called agates as stones of science, with which the Indians thought they could cure eye diseases and agates whose interior was filled with water (eagle stones) used them as protectors of pregnancy. The Egyptians used the agates to counter the bites of spiders and scorpions, this town also put agate in the eye sockets of the mummies. In Islam an agate ring guarantees a long life.
It is said that it helps to have an idea of life in a calm way, helping to solve one's own affairs in a collected and concentrated way, helps to obtain maturity and spiritual growth by making us more stable. The agate is animically transmitting protection and safety. Mentally it enhances logical and rational thinking, stimulates concentration.

RODONITA - PROPERTIES
Rhodonite has been known for approximately two hundred years under the same name, although at the same time it has been called manganese pebble. Rhodonite is also known as pajsbergita, rhodonite It was discovered in 1819, and its characteristic reddish pink color gives it its name (Greek rodon, meaning pink-red).
It is said that rhodonite helps to forgive thus facilitating reconciliations between people who are continually hurting themselves, allows the healing of old wounds, freeing us from the pain of the soul as well as from contained anger and prolonged anger, mentally helps us to remain conscious and serene in extreme situations, helps us to be prudent and sensible in situations of provocation or insults. Rhodonite teaches the heart to assimilate painful feelings without closing and undoes denial.
Chakras: Heart