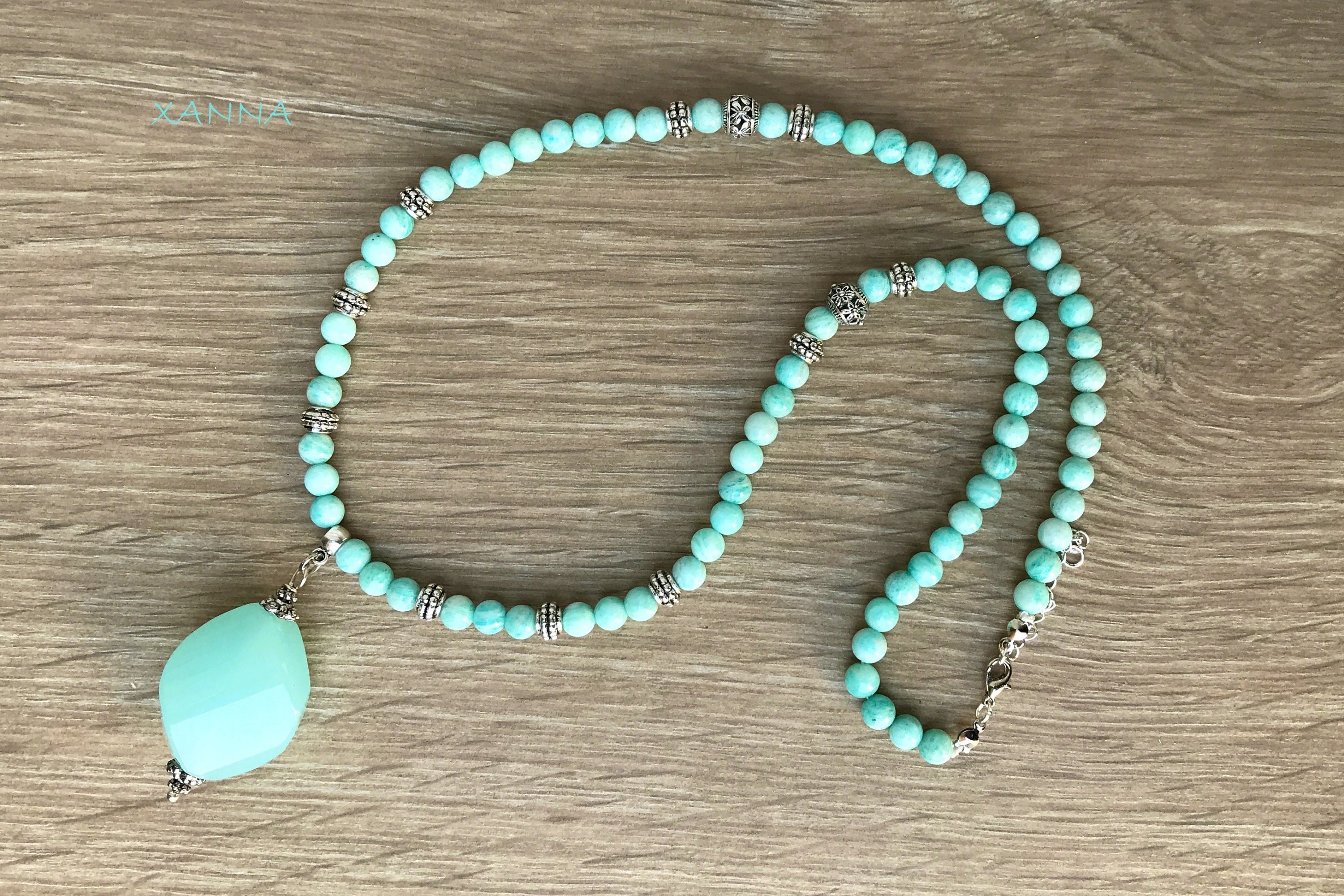 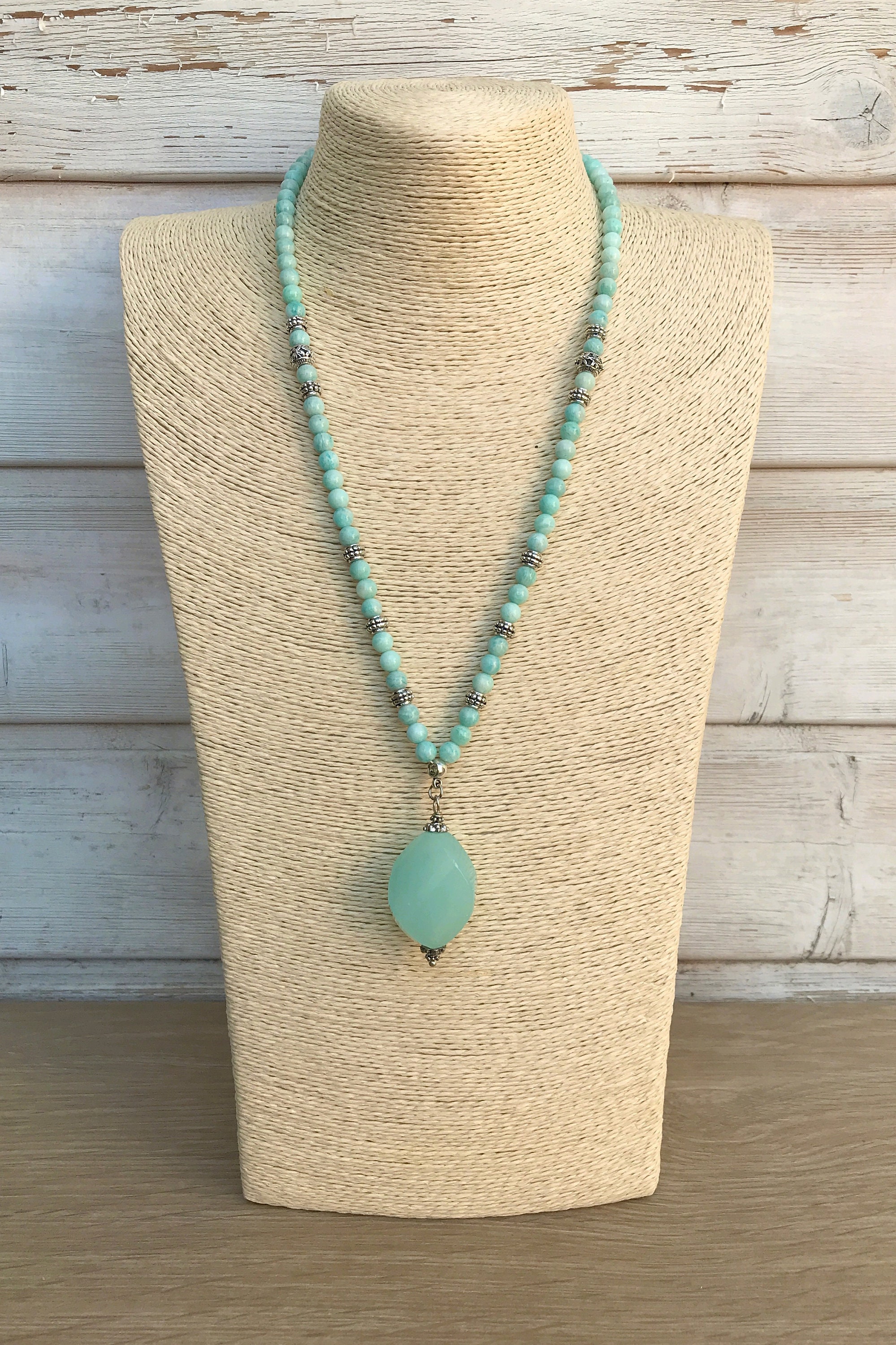 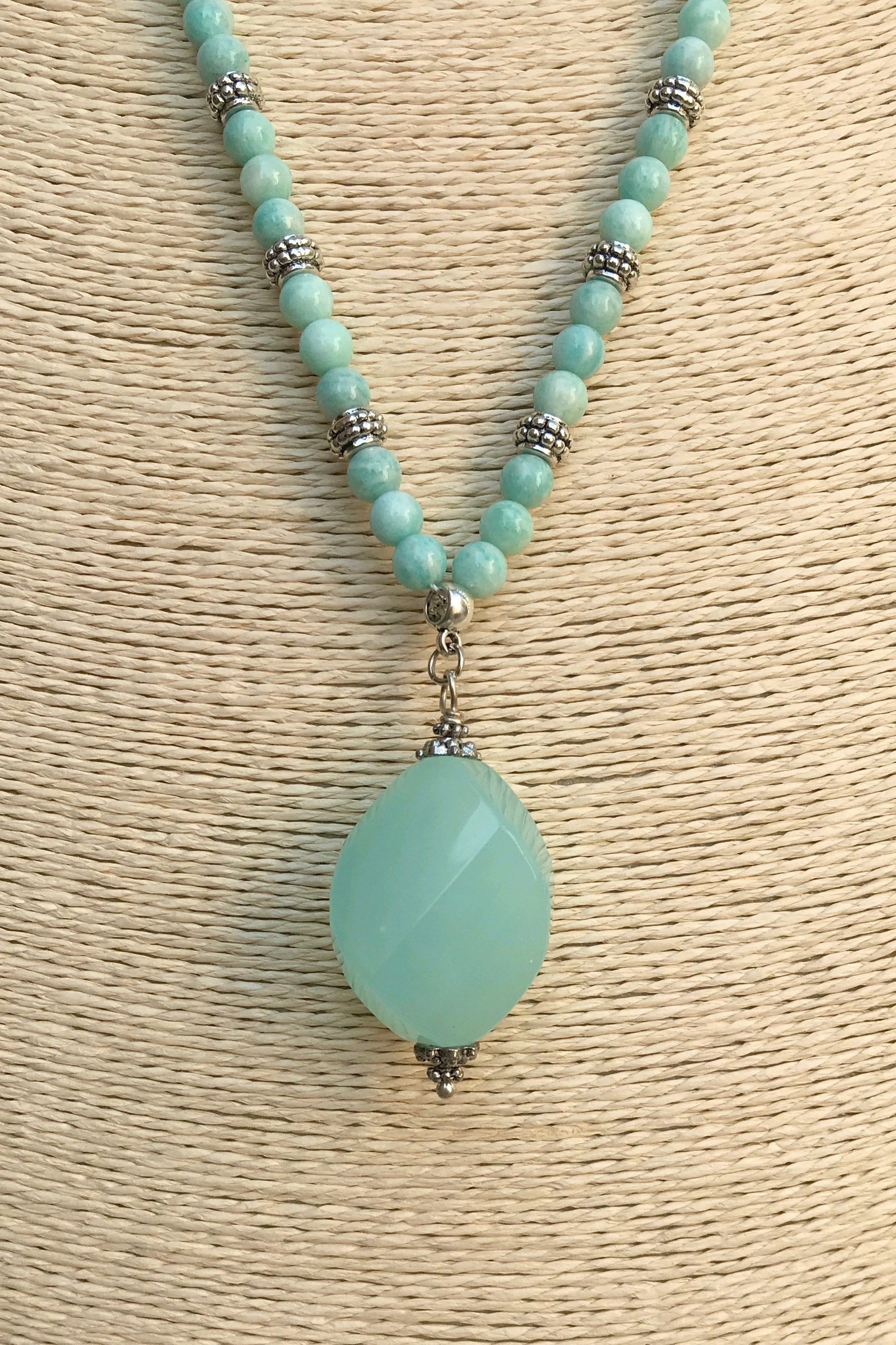 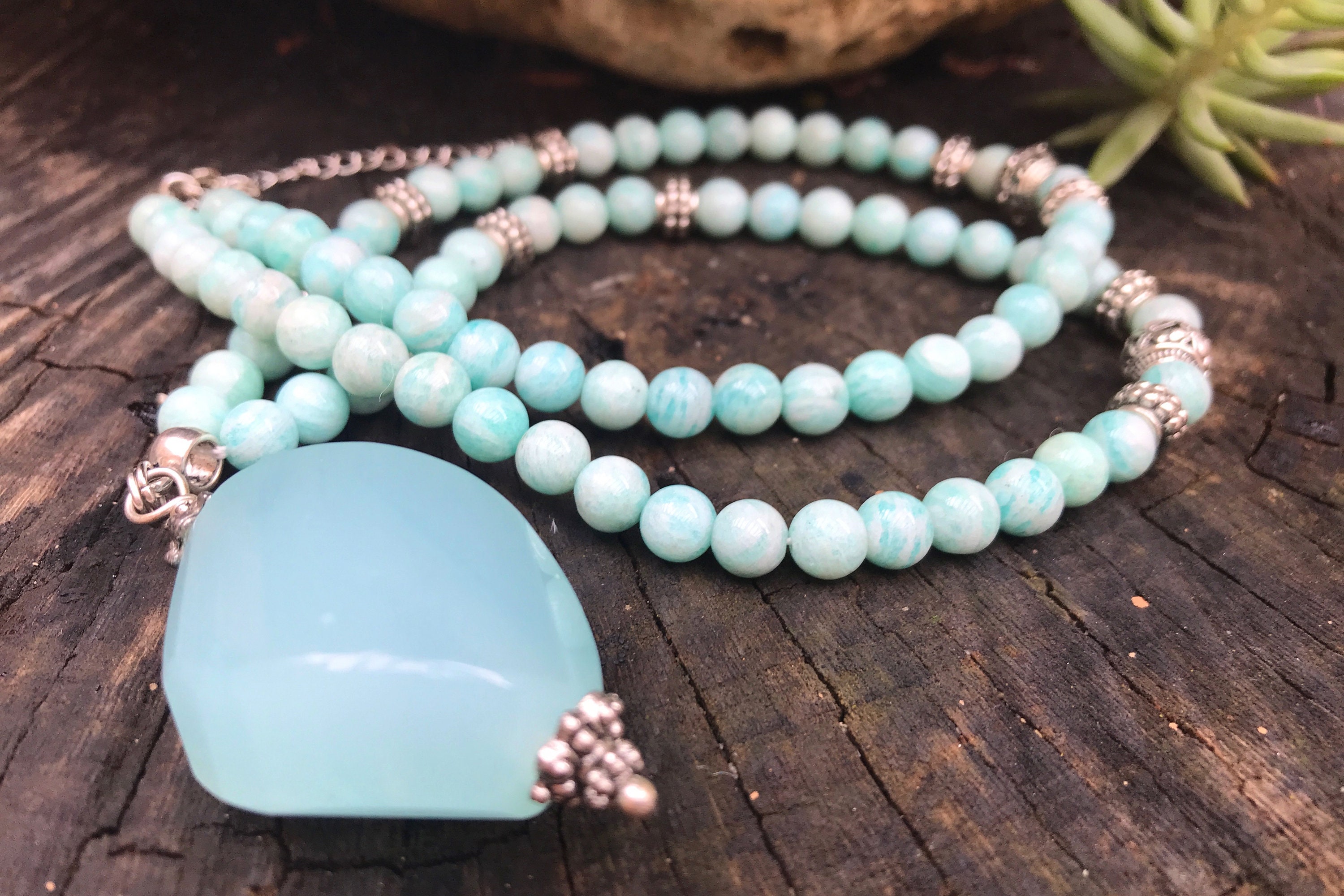 Amazonite-Properties
It was named "stone of the Amazon" by comparison with a nefrita, in ancient times the Indians believed that it came from the Black River in the country of women without men. However, it is doubtful that green feldsprees can be found in the Amazon area.
It is said that the Amazonite absorbs the emanations of electromagnetic mist, stimulates self-determination incites to take the reins of our own life. It presumably eliminates bereavement and anxiety having a relaxing and soothing effect.
Chakras: heart, throat, bun's workout

JADE GREEN - PROPERTIES
The etymology of the term "JADE" dates back to the time of the Spanish conquest of South and Central America and means "stone of aijada" because it was attributed ownership to be able to cure diseases of the kidneys. The Frenchman Damour was able to prove in 1863 that under this resistant stone known for 7000 years, two different minerals were hidden: jadeite and nefrita. In prehistoric times, jade was a highly prized material for the manufacture of weapons and instruments.
It is said that green jade promotes emotional liberation, especially irritability, jade encourages you to be who you really are, encourages self-realization, promotes the richness of ideas and dynamism,Green minerals have a harmonizing effect and Neutralizer. Green releases feelings, increases speed and responsiveness, and arouses interest and enthusiasm.
Chakras: heart.