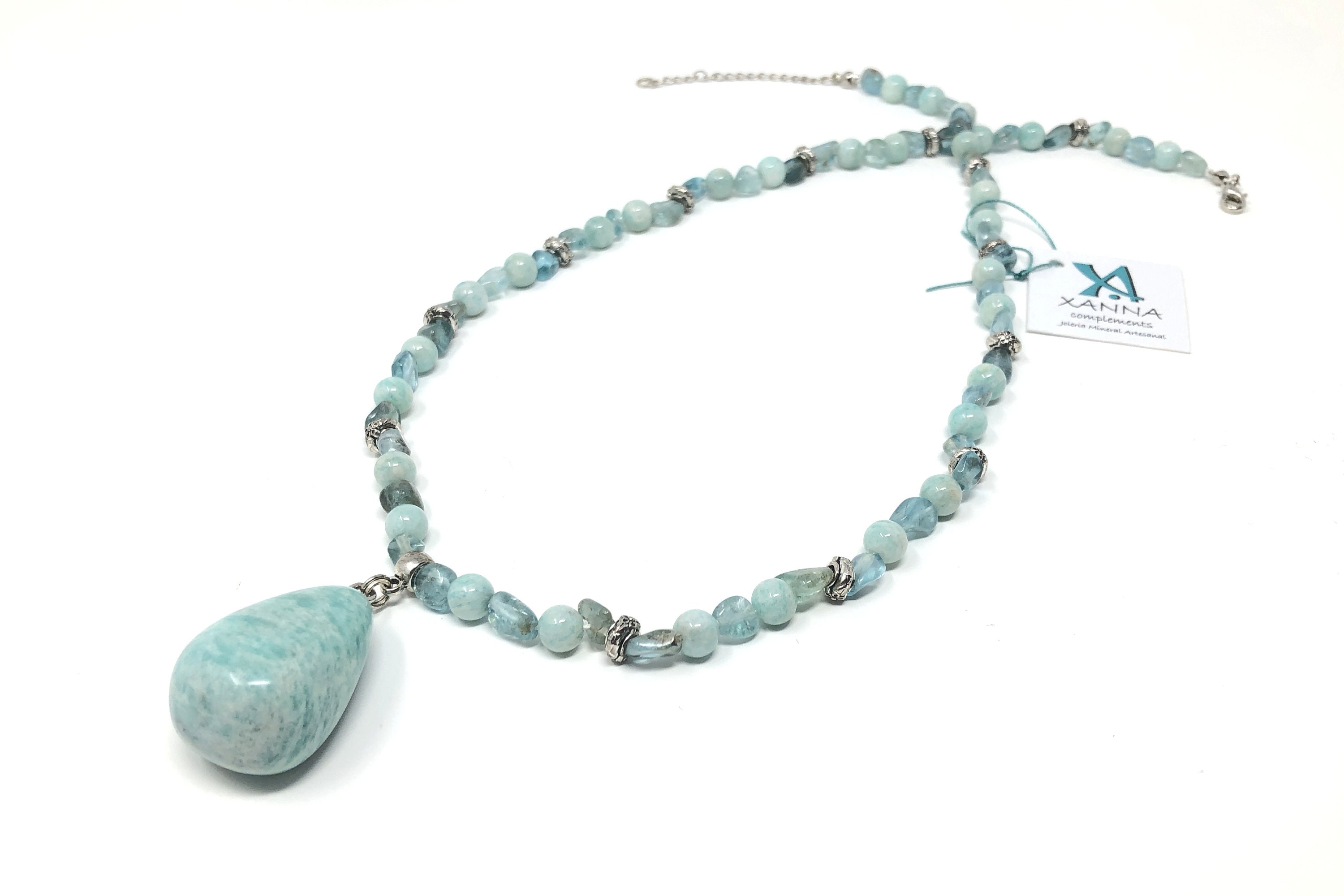 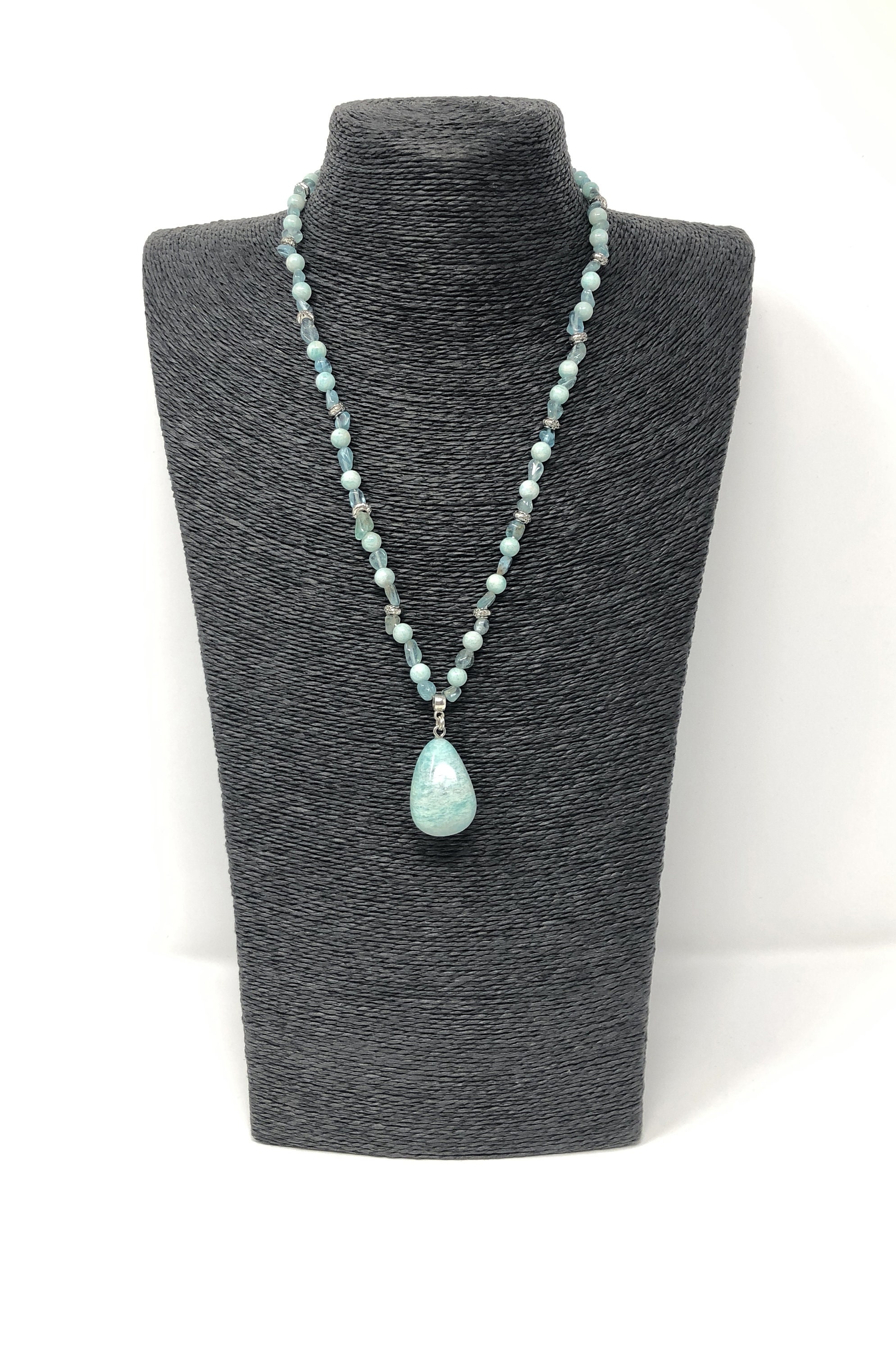 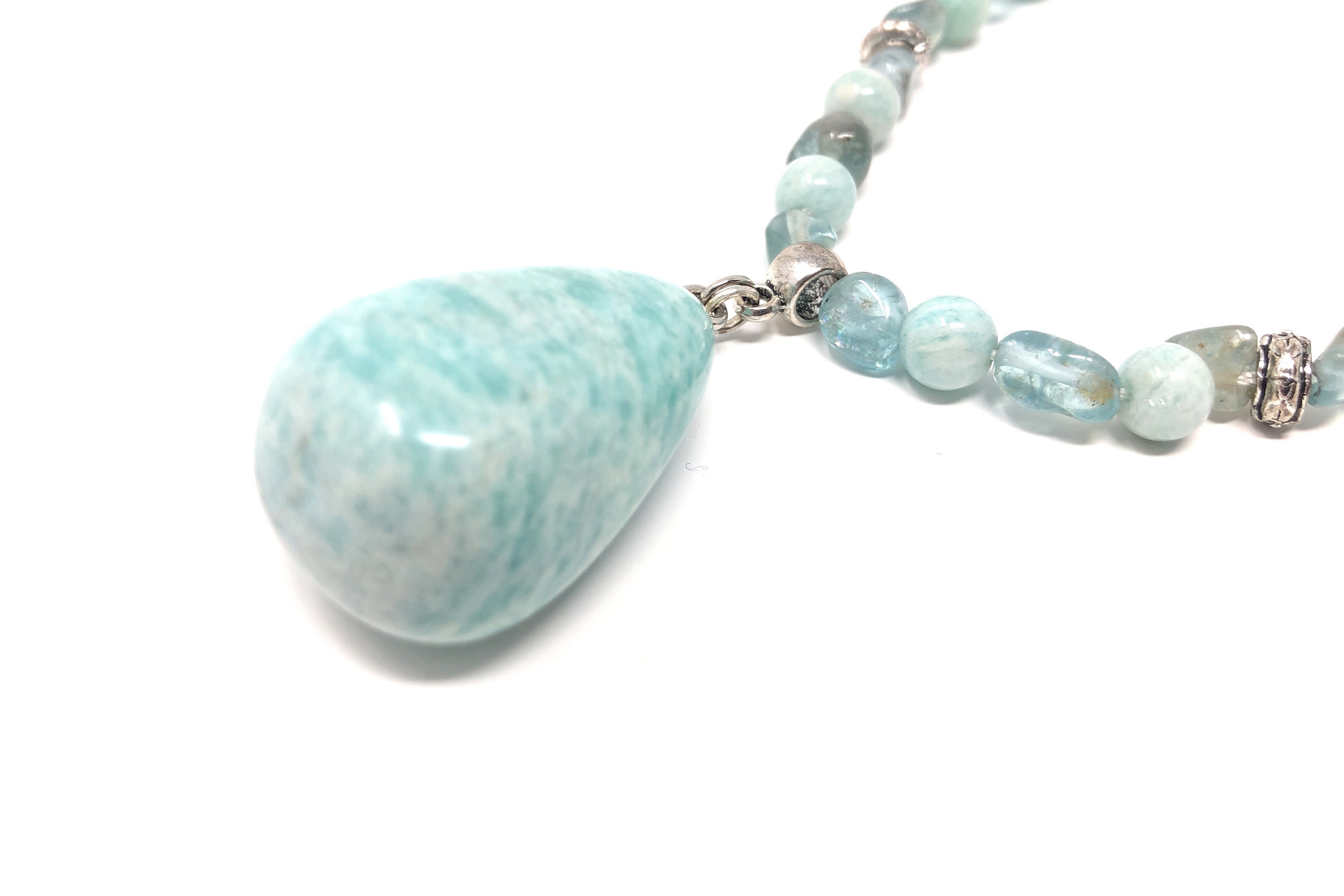 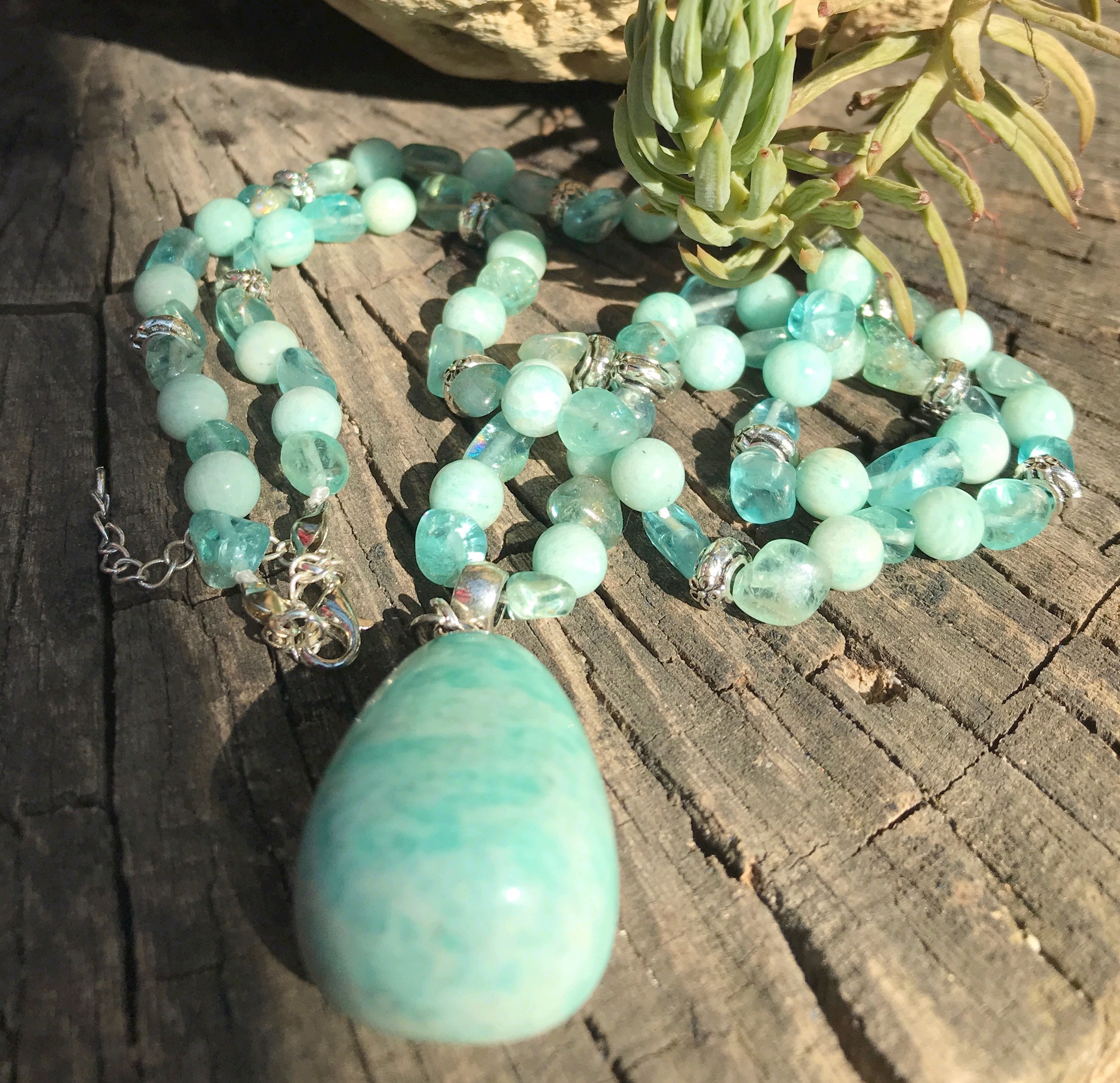 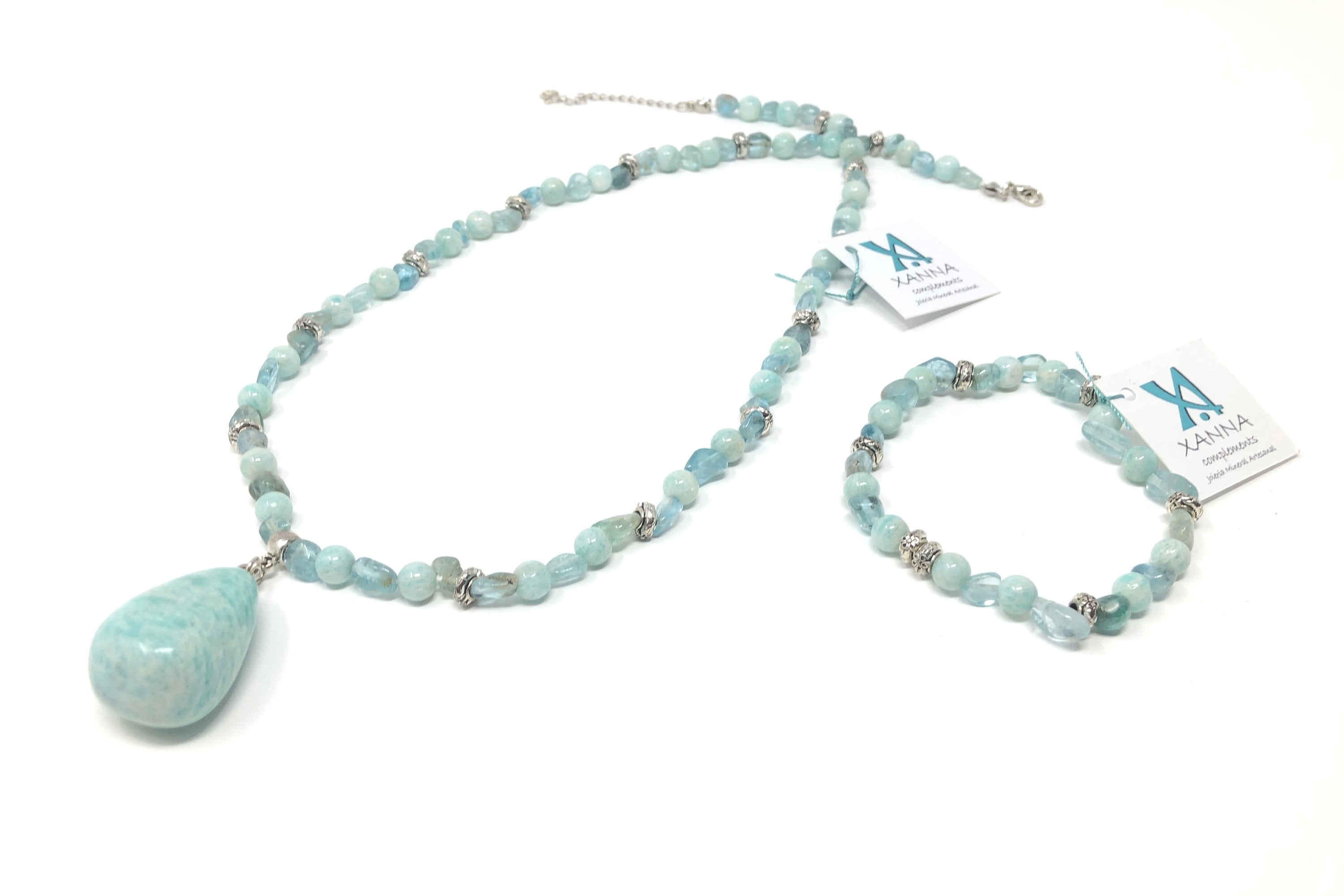 **NOTE: It has a bracelet as a whole (XÈNIA bracelet). In case you want to acquire the two pieces, we are informed in advance to deactivate in ETSY the shipping costs, which will be borne by us.

If you like my store, put it in your favorites and so you will be informed and it will be easier for you to see all the new jewelry that is incorporated.

APATITE - PROPERTIES
Apatite is a stone associated with clarity, communication and creativity. Apatite is said to have the power to balance body and mind, it is beneficial for people with a tendency to hyperactivity and also uncommunicative people. Apatite helps improve mood as it reduces irritability, often symbolizing the stone of joy. It brings sincerity and sociability, is useful against apathy, facilitates the overcoming of worry, anger and reluctance, eliminates frustration.
Apatite as a lucky stone is used in esotericism as it connects with the past. It stimulates the development of psychic and spiritual faculties. It helps in the practice of meditation and relaxation.
Blue apatite is used as a talisman in meetings, oral exams, and other events where the person has to speak in public.
Apatite is also used as a talisman to help treat some health problems. Apatite is used as a talisman to improve those aspects that are related to calcium absorption such as problems in the bones or teeth.
Chakra: throat

LARIMAR - PROPERTIES
A gemstone (such as diamond, sapphire, ruby or emerald), Larimar is the only blue pectolite in the world. This stone, very rare and classified as semi-precious since 1979, is today classified as cameo.
In 1916, the priest Miguel Domingo Fuertes Loren, who at that time was parish priest of Barahona, was the first to discover the blue rock the same year, requested a permit to explore and exploit the mine, but this was rejected since in the country this type of pectolite was not known. In 1974 on a beach off the coast of Barahona, Miguel Méndez and Norman Rilling, volunteers of the Peace Corps, rediscovered the larimar, After a search, the origin of the rocks was found, which became the Los Chupaderos mine. This place is the same one that the priest had found in 1916.
It is said that larimar induces us to take the reins of our life, helps to end fear, suffering and excessive emotions, provides inner rest, facilitates creativity, broadens perception, is a very effective stone for those who seek the companion of their soul, facilitates the healing of life relationships, or trauma to the heart.
Farms: Throat.

AMAZONITE - PROPERTIES
It was named "stone of the Amazon" by the comparison with a nephrite, in ancient times the Indians believed that it came from the Rio Negro in the country of women without men. However, it is doubtful that green feldspars can be found in the Amazon area.
It is said that the amazonite absorbs the emanations of the electromagnetic haze, stimulates self-determination incites to take the reins of our own life. It presumably eliminates grief and anxiety having a relaxing and calming effect.
Chakras: heart, throat, frown