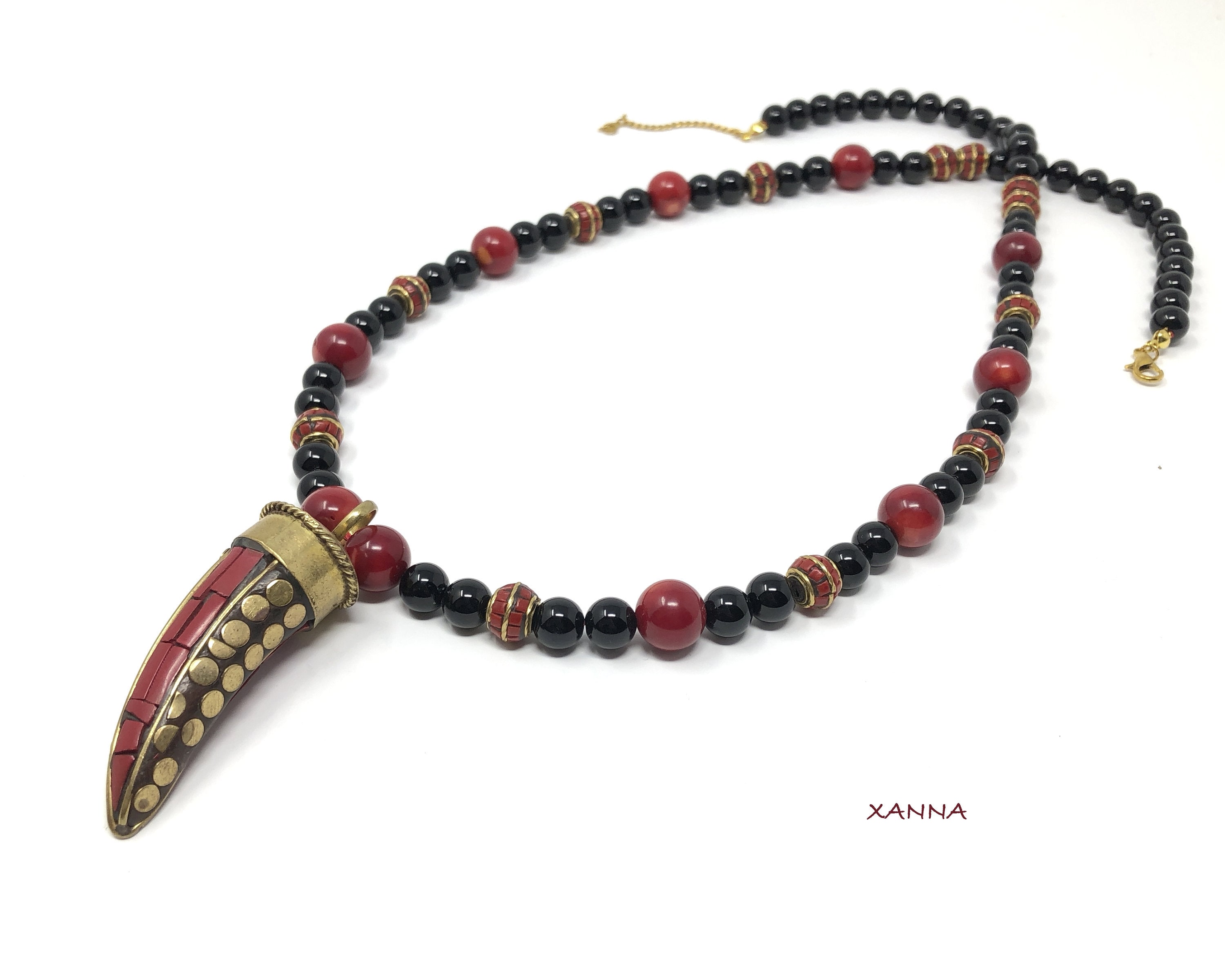 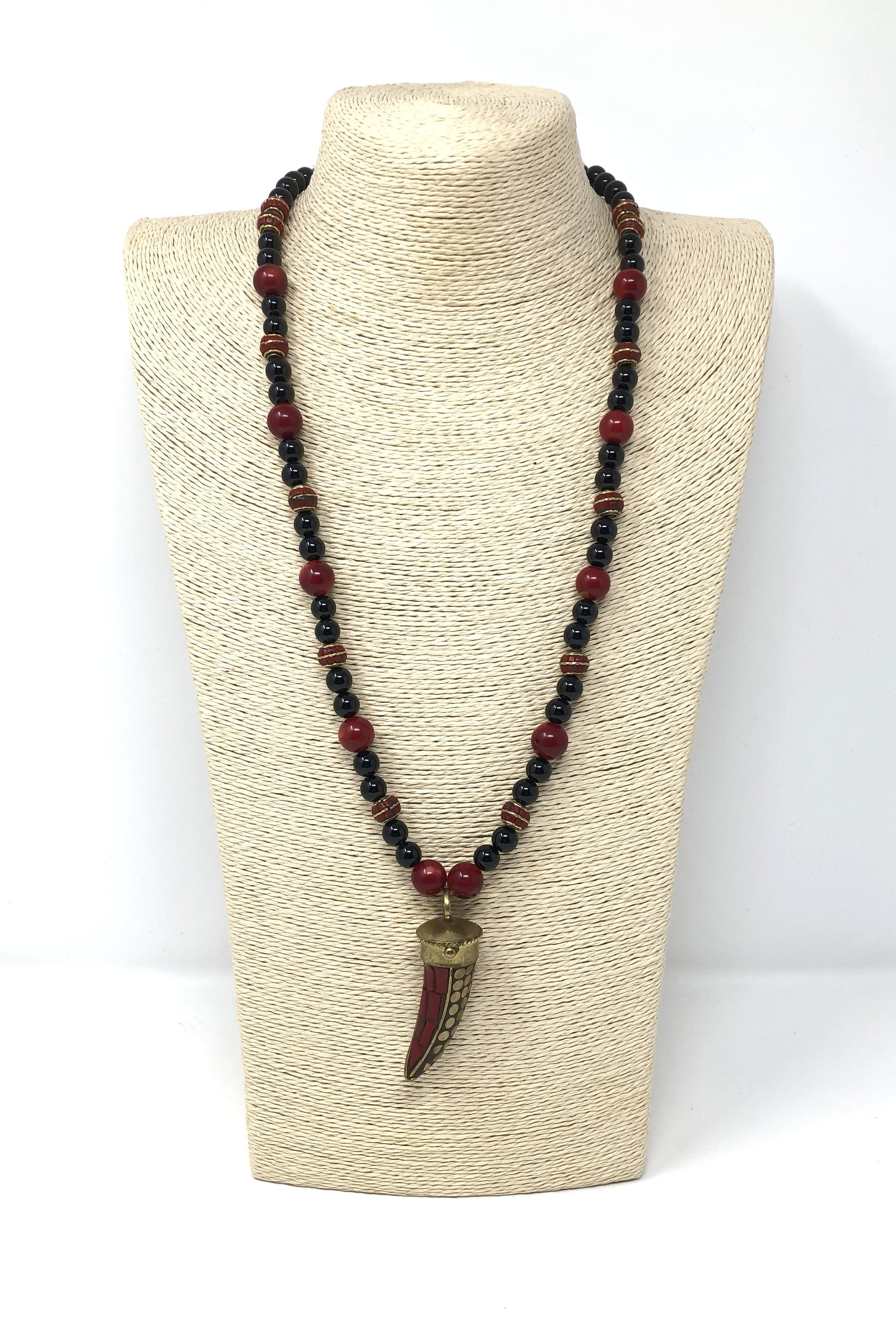 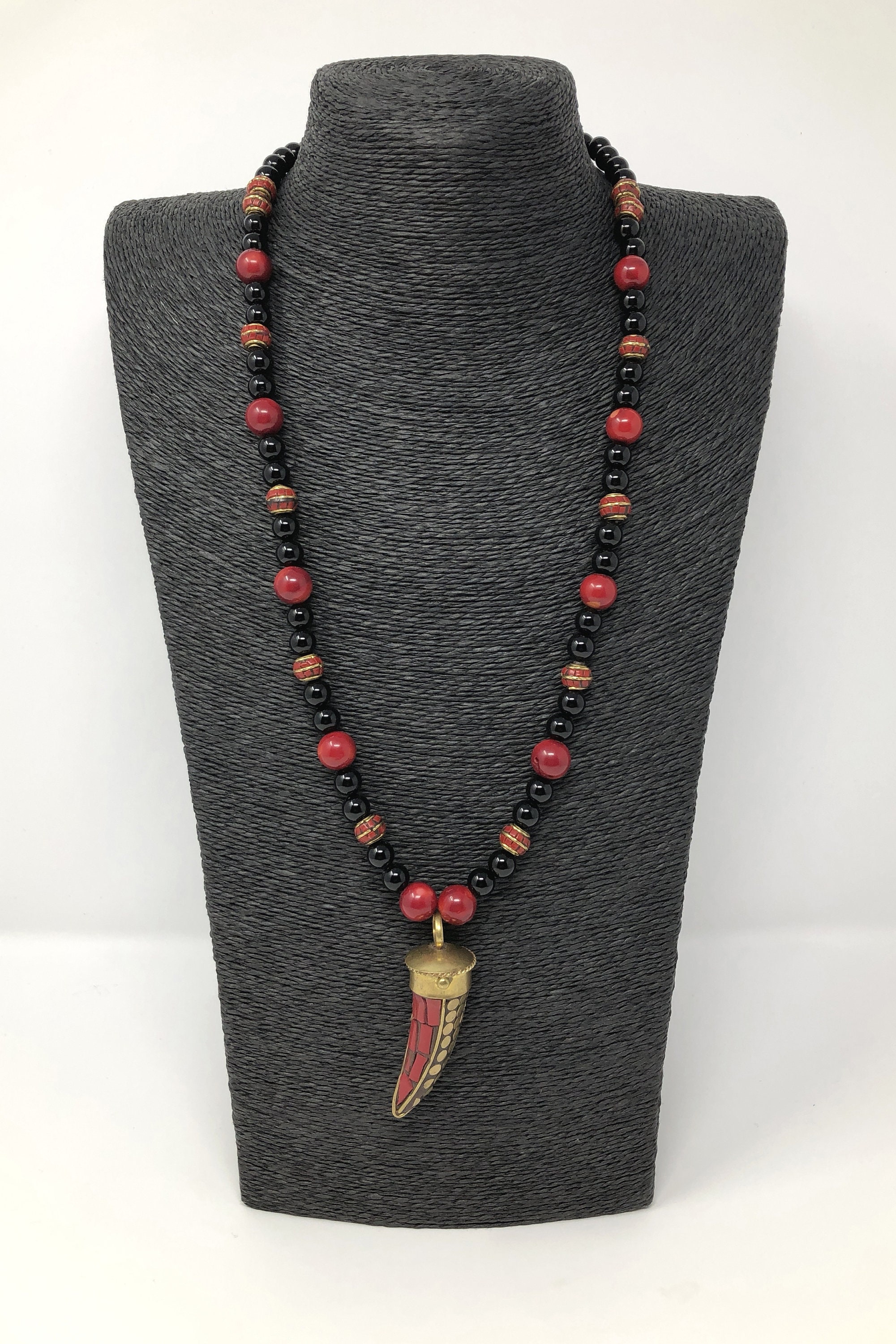 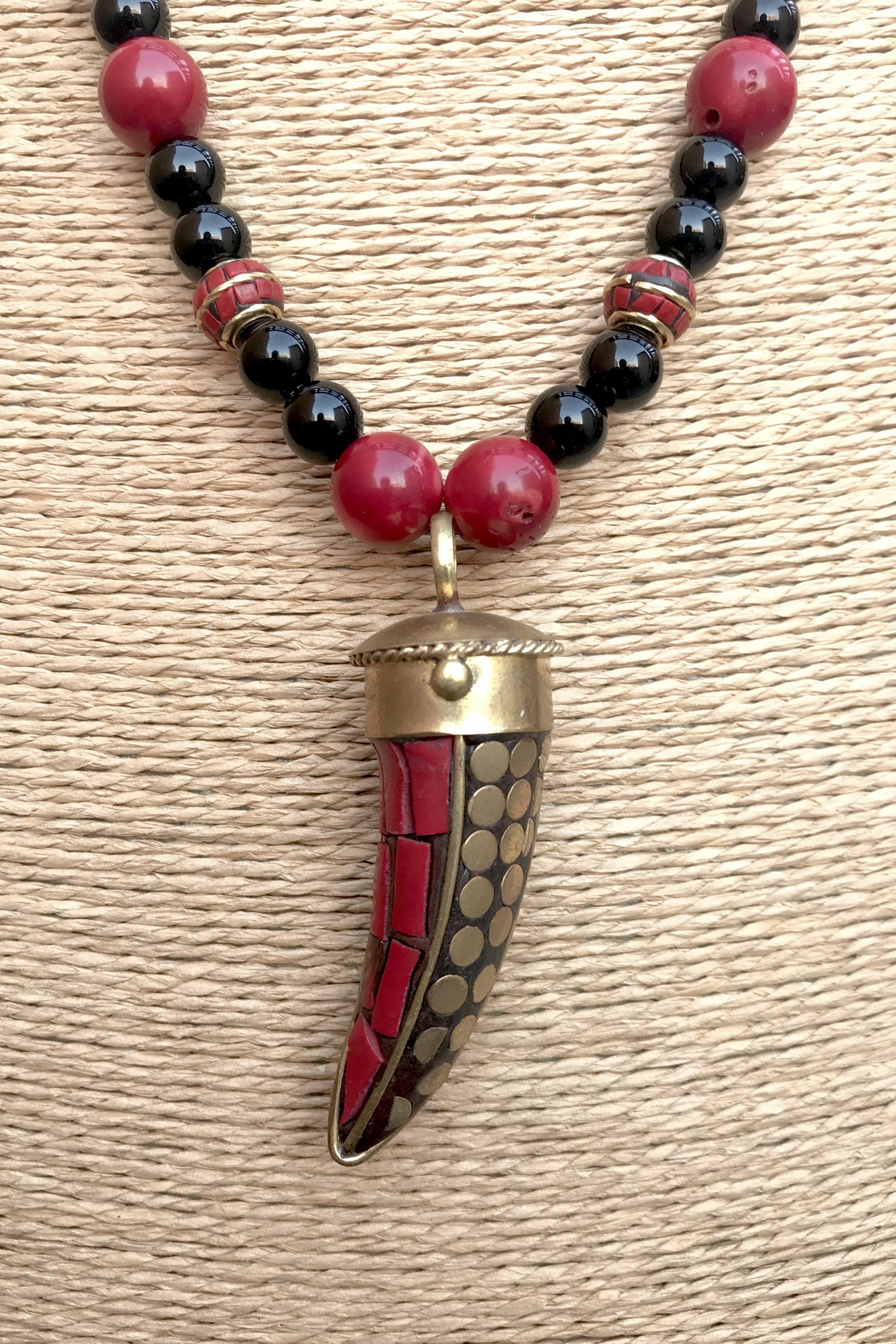 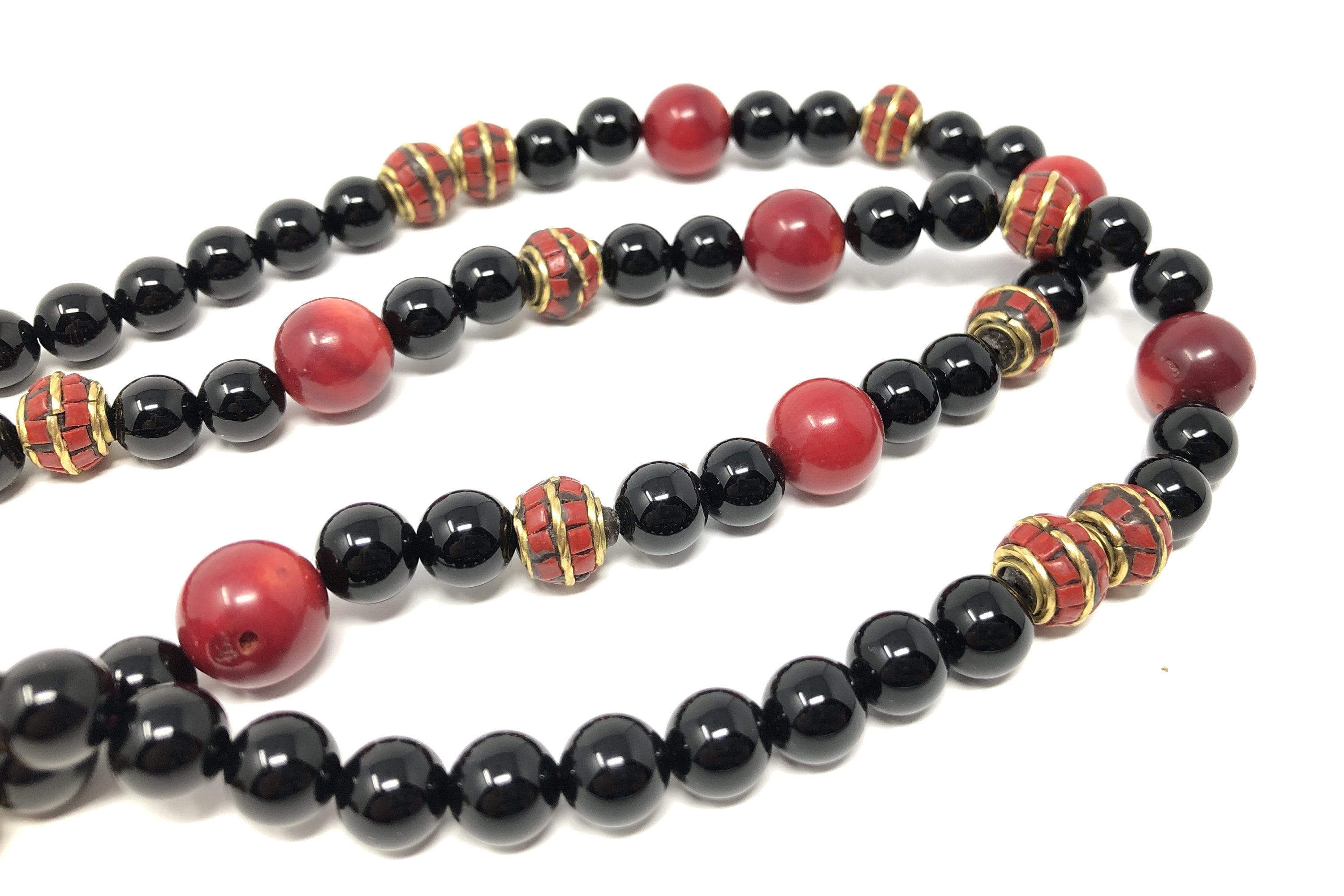 ONYX - PROPERTIES
In ancient times it was considered the stone misfortune, generated sadness, fears and hallucinations. He was also believed to have a demon kept inside and that at night he would go out to sow discord. The name is derived from the Greek word meaning nail. The story is that one day Cupid cut Venus' Divine Nails with an arrow while she slept, he left the cutouts scattered over the sand, and fate turned them to stone so that no part of the divine body would ever die.
It is said that the black onyx promotes vigour, strength and perseverance, helps to learn the lessons by imparting self-confidence and helping you to be in harmony with your environment, it is a protective stone, because of the way it repels and diverts negative energy. are often used in meditation, to help people find a deeper spiritual connection and achieve balance.
Chakras: Sacral

CORAL - PROPERTIES
The extraction of corals, which are 3-300 m deep, is usually carried out by networks with weights, thick mesh, which are dragged along the sea bottom, although the extraction of the coral by the diving system causes less environmental impact, once obtained the soft parts are rubbed and the corals are classified according to their quality. The main shopping centre has been Torre del Greco in southern Naples, Italy for 200 years.
In the peoples dominated by the Roman Empire, it was common to see a piece of coral hanging from the neck of men and women, in ancient Rome women wore jewelry made of coral to attract the love of a man. which bore engraved the name of the goddess of the night, Hecate, the Greek deity.
Away from the envy and selfishness of others, coming from the sea has positive vibrations, it is said to be a stone that attracts love, attracts good luck in the home and its inhabitants, inspires creativity and peace in the heart.
Chakras: sacrum, spleen.