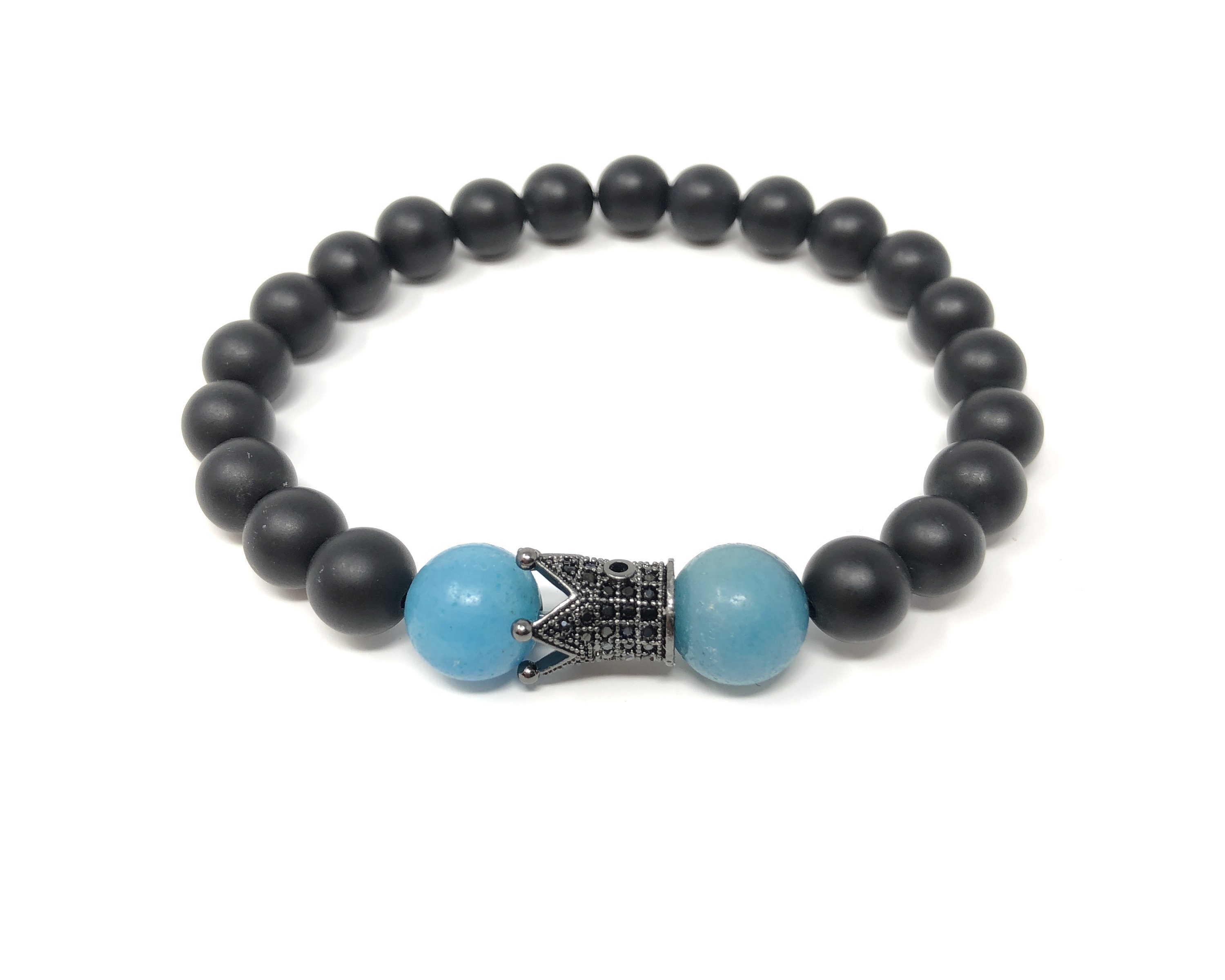 Turquoise-Properties
The turquoise gets its name from the country Turkey, where for the first time the Crusaders came into contact with that stone. The shades of turquoise have been appreciated in many important cultures of antiquity: they have adorned the rulers of ancient Egypt, the Incas, Moche, Chimu, Aztec (and possibly other pre-Columbian Mesoamerican cultures), the Persians, Mesopotamia, Indus Valley Civilization and China since at least the Shang dynasty. As was said in the past, Turquoise warned its carriers of imminent danger when the stone changed color. The sites of Sinai/Egypt, exploited since the year 4000 a.de C, have only a historical value.
It is said that turquoise balances extreme mood swings and induces to adopt a apathetic victim posture, encourages us in case of drowsiness, fatigue, despondency, and fatigue, stimulates intuition and foresight, turquoise makes it possible to recognize the Motives of bliss and misfortune and to dominate them, is a stone of protection from strange influences. Turquoise was considered in many cultures as a protective stone against spells and was worn as an amulet to generate strength, health and vital joy.
Chakras: throat, heart, spleen.