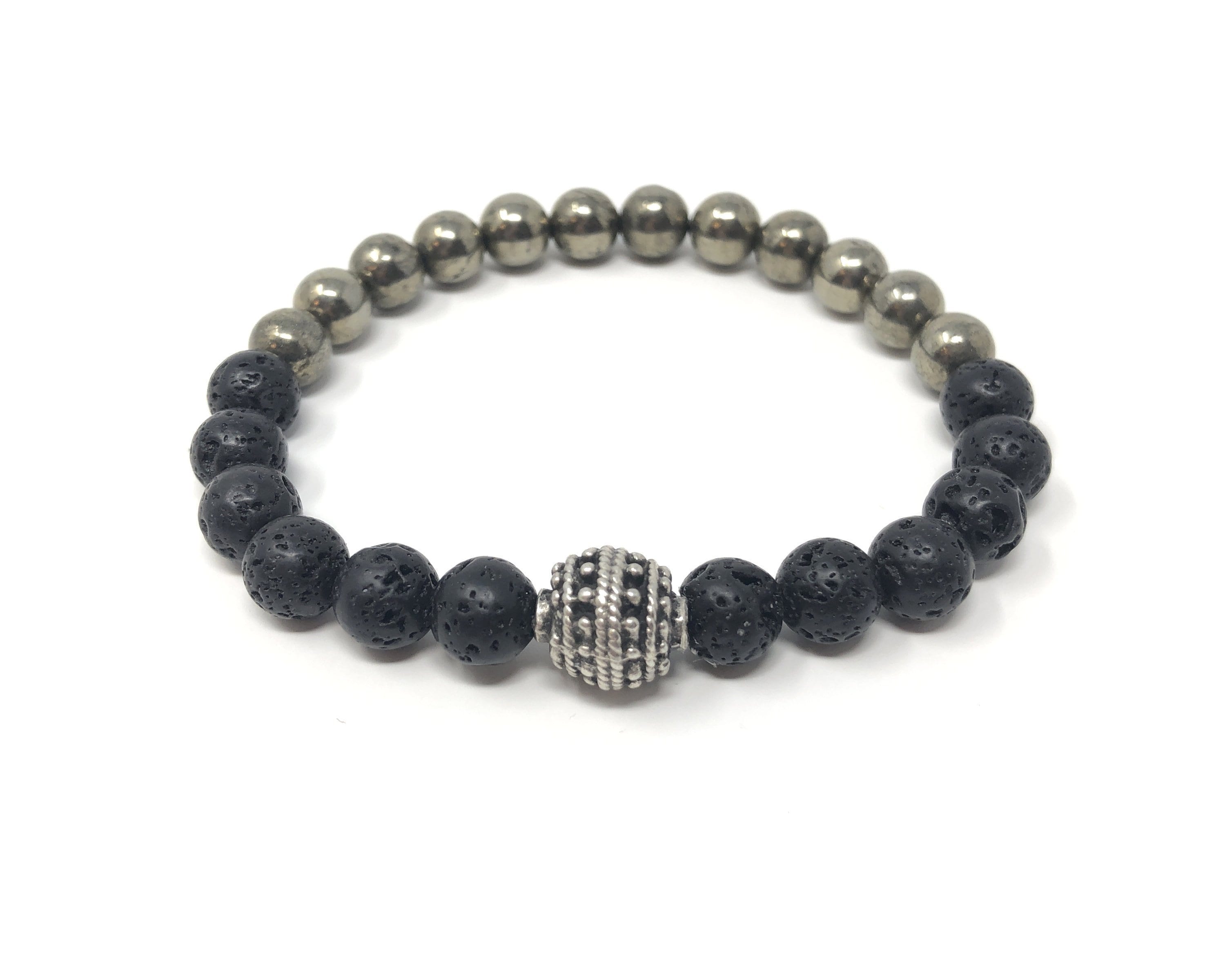 I invite you to read, the properties of the gems you will take, and whose properties you will benefit from, apart from being an informal and elegant piece at the same time.

VOLCANIC LAVA - PROPERTIES
The term was first used by Francesco Serao to refer to the expulsion of magma in the eruption of Vesuvius that occurred between 14 May and 4 June 1737.1. In Greek mythology, Etna was the volcano inside which were the forges of Hephaestus, which worked in the company of cyclops and giants. The monstrous Typhoon lay beneath this mountain, causing frequent earthquakes and smoke and lava eruptions.
Lava is said to help release oppressed feelings, provide vitality and sharpen the survival instinct, reinforce feelings of safety and confidence. Mentally eliminates tensions, black minerals provide safety and stability and keeps mental deviations away and focuses our attention on the essentials.
Chakras: Sacral.

PIRITA - PROPERTIES
The most important site exploited 30 centuries ago is in Riotinto, Huelva. In 1985 an extraordinary 35 kilo specimen with several cubic crystals was found in Rioja. The name Riotinto comes from the red color of its waters due to the high acidity and the content of toxic heavy metals that are dissolved. In fact this river is characterized by its high saturation of iron and sulfates. It is incredible that in this environment live some microorganisms called chemotroph, which survive by oxidizing the iron of the pyrite giving the river its characteristic reddish color. Known as the "gold of fools," for its resemblance to this. It was already used in the Paleolithic to make fire.
Esoterically it is often associated with the ability to generate wealth, it is a mineral that teaches us to give and receive love, also working passion and ambition. Pyrite blocks negative energy and contaminants at all levels, Pyrite is said to help strengthen self-confidence in addition to facilitating contact with one's own abilities and potentials, stimulating the flow of ideas. This stone encourages diplomacy, helps to process impressions quickly and resolve conflicts.
Chakras: Solar Plexus.