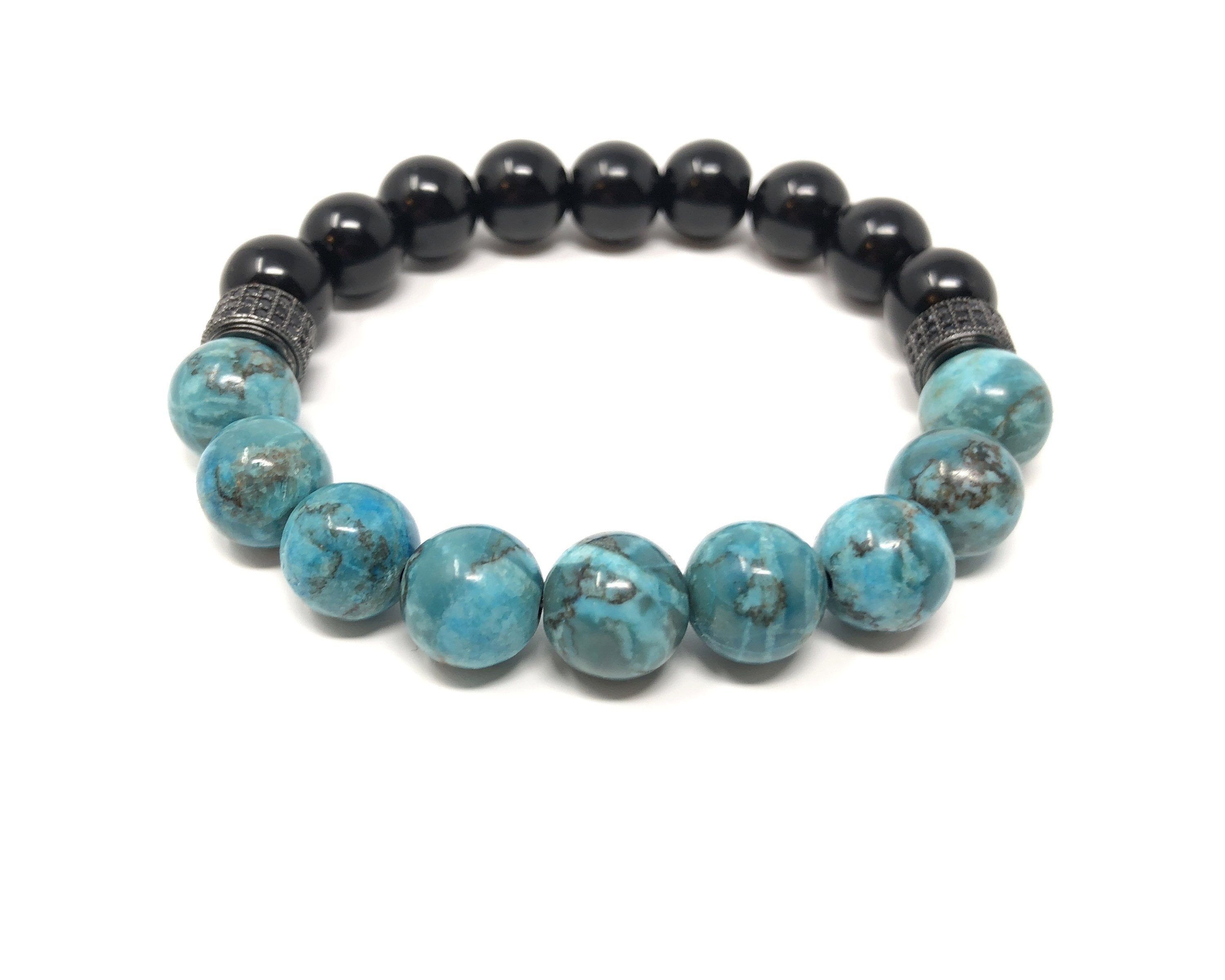 ONYX - PROPERTIES
In ancient times it was considered the misfortune stone, it generated sadness, fears and hallucinations. It was also believed that he had a demon kept inside and that at night he went out to sow discord. The name is derived from the Greek word meaning nail. The story is that one day Cupid cut the divine nails of Venus with an arrow while she slept, he left the cutouts scattered on the sand, and fate turned them into stone so that no part of the divine body ever died.
Black onyx is said to promote vigor, strength and perseverance, helps to learn lessons by imparting self-confidence and helping you to be in harmony with your environment, it is a protective stone, due to the way it repels and diverts negative energy. they are often used in meditation, to help people find a deeper spiritual connection and achieve balance.
Chakras: Sacral.

TURQUOISE - PROPERTIES
Turquoise gets its name from the country Turkey, where for the first time the crusaders came into contact with that stone. The shades of turquoise have been appreciated in many important cultures of antiquity: they have adorned the rulers of Ancient Egypt, the Incas, Moches, Chimu, Aztecs (and possibly other pre-Columbian Mesoamerican cultures), the Persians, Mesopotamia, Indus Valley Civilization and China since at least the Shang Dynasty. As it was said in the past, turquoise warned its bearers of an imminent danger when the stone changed color. The Sinai/Egypt deposits, exploited since 4000 a.de C, have only historical value.
It is said that turquoise balances extreme mood swings and induces adopting an apathetic victimizing posture, encourages us in case of drowsiness, tiredness, despondency, and fatigue, stimulates intuition and the ability to foresee, turquoise makes it possible to recognize the reasons for bliss and misery and to dominate them, it is a stone of protection from strange influences. Turquoise was considered in many cultures as a protective stone against spells and was worn as an amulet to generate strength, health and vital joy.
Chakras: Throat, heart, spleen.