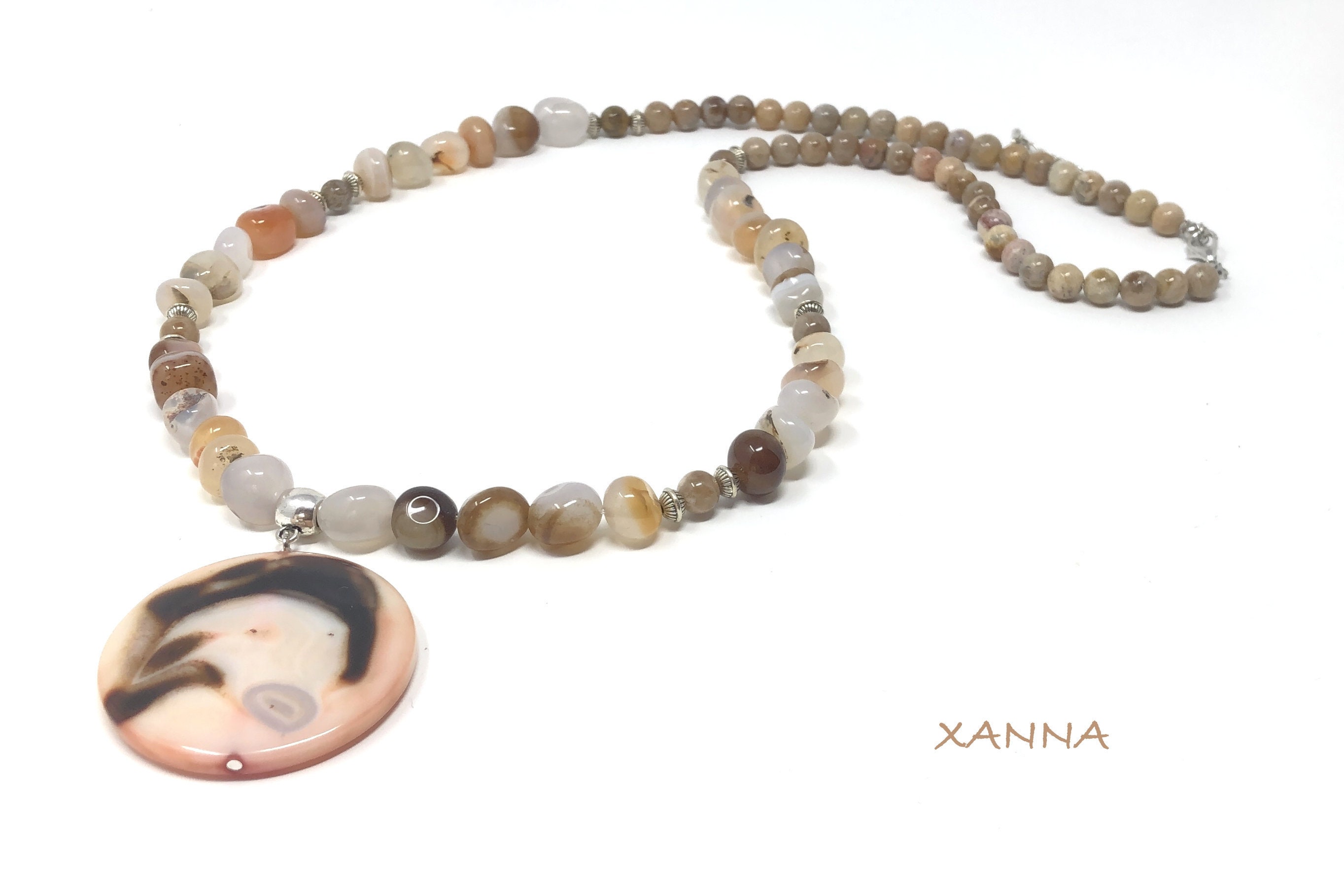 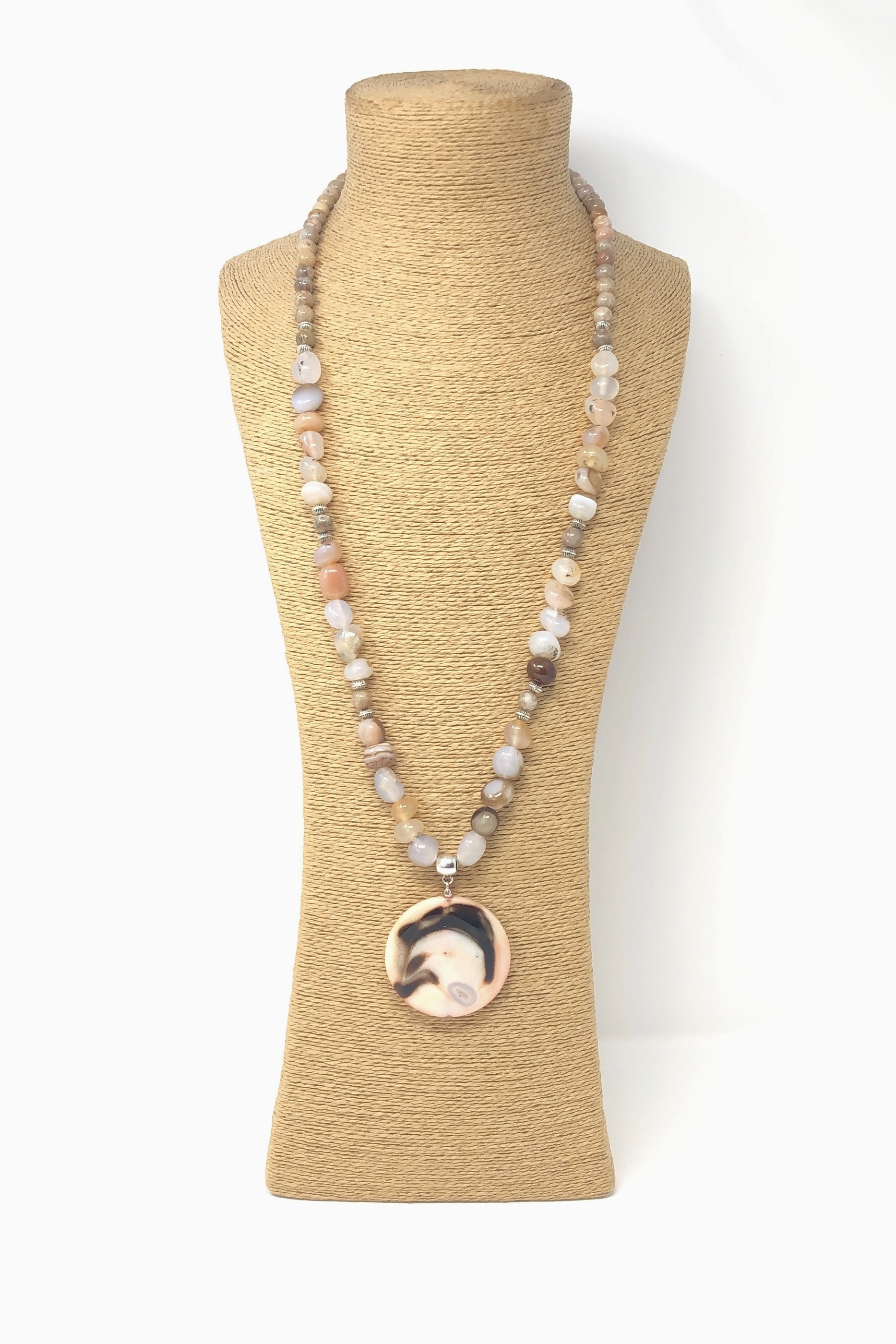 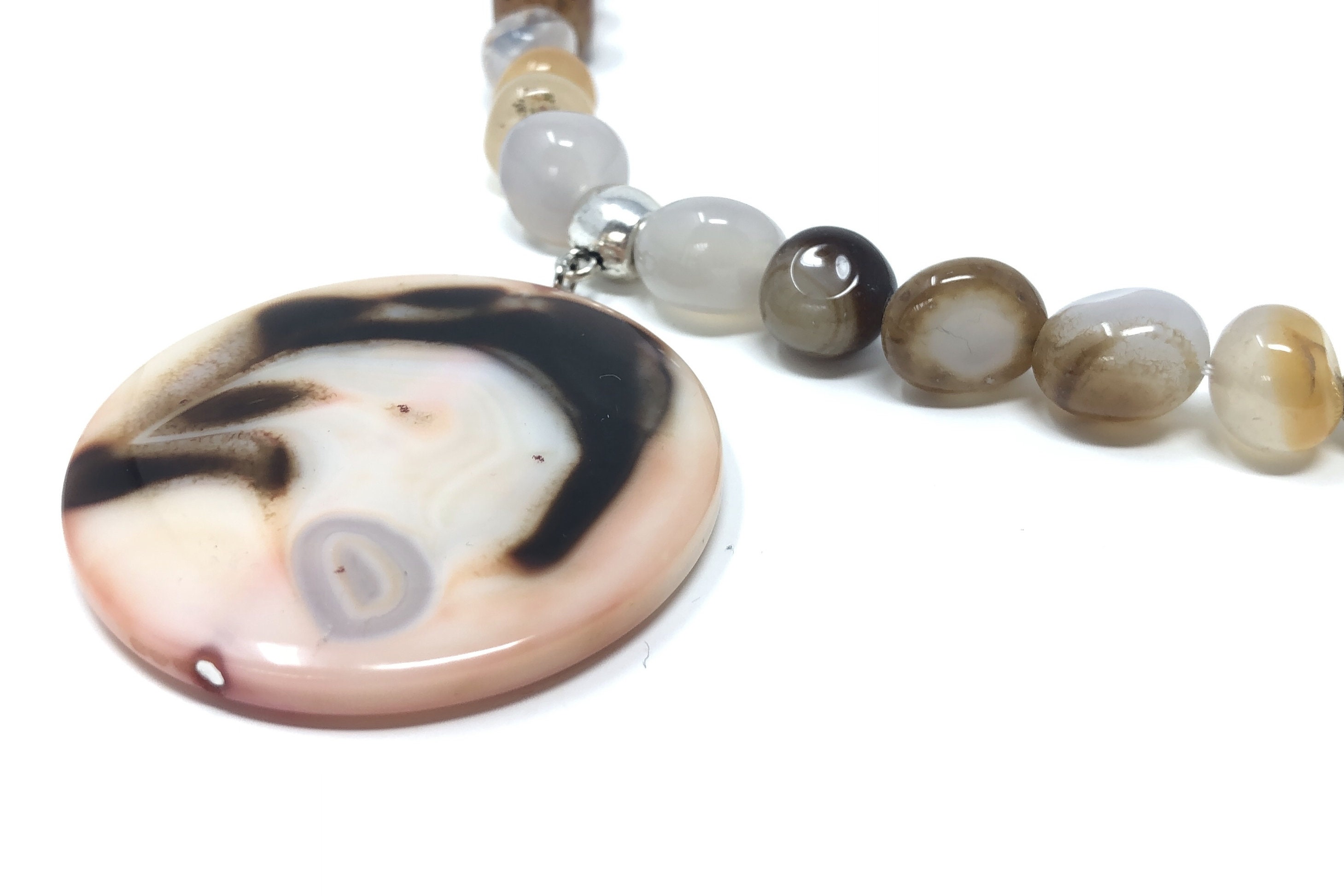 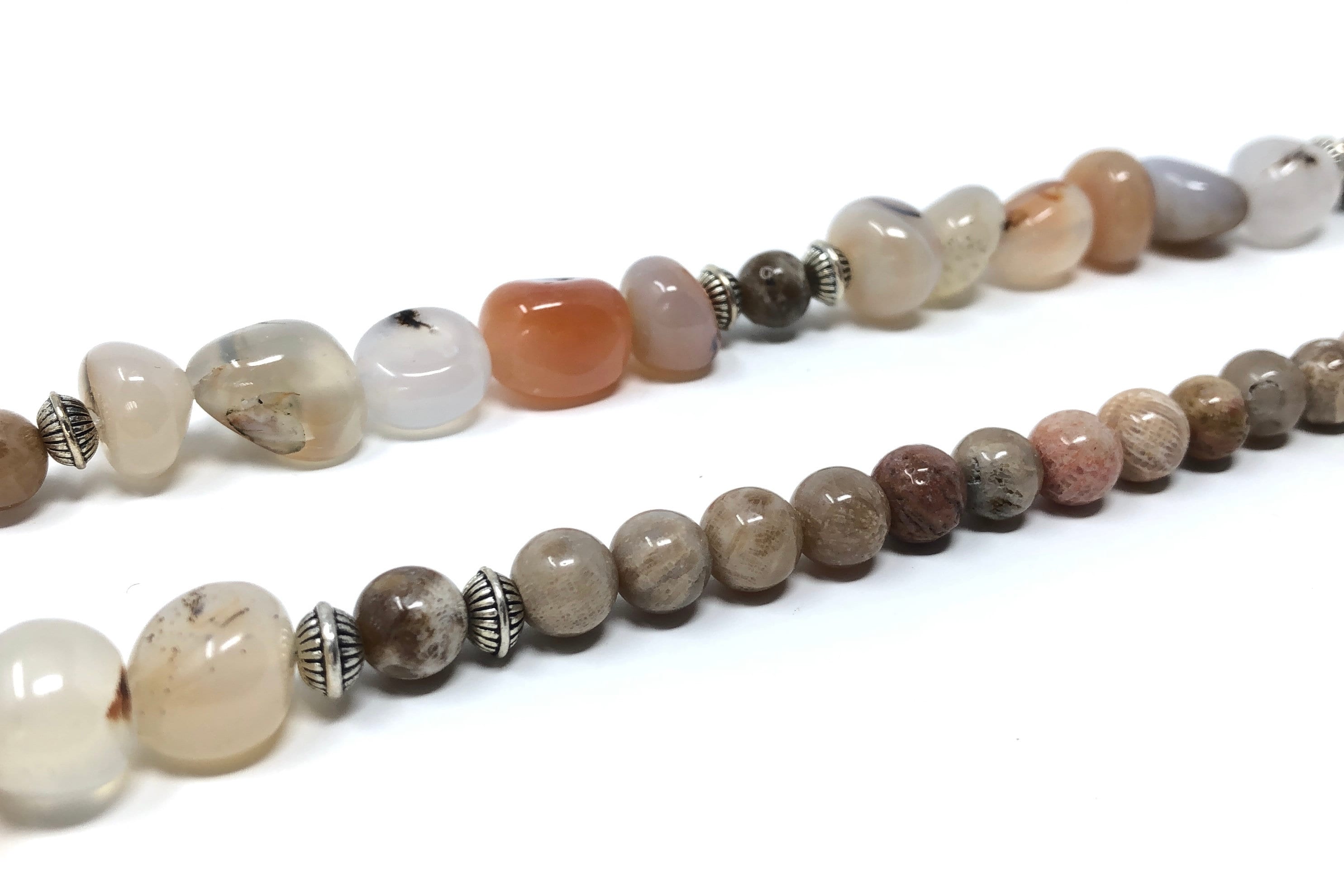 AGATE - PROPERTIES
In India, Nepal and Tibet used straight-banded agates and carved them to make amulets, these villages named agates as stones of science, with which the Indians thought they could cure diseases of the eyes and agates, whose interior was filled with water (eagle stones) used them as protectors of pregnancy. The Egyptians used the agates to counter the bites of spiders and scorpions, this town also put agate in the eye sockets of the mummies. In Islam an agate ring guarantees a long life.
It is said that it helps to have an idea of life in a calm way, helping to solve one's own affairs in a collected and concentrated way, helps to obtain maturity and spiritual growth by making us more stable. The agate is animically transmitting protection and safety. Mentally it enhances logical and rational thinking, stimulates concentration.

FOSSIL CORAL AGATIZADO - PROPERTIES
Fossil coral is a natural stone that forms when an ancient coral is gradually replaced with agate. The coral was long regarded as a powerful talisman that gives great magical protection. The Agate provide physical, emotional and intellectual balance. If a person assigns to a fossil coral properties such as amulet or talisman, there is no doubt that he will be able to use it as such, as he has the strength to have belonged to a living being, and to have characteristics belonging to the animal kingdom and the mineral kingdom.
Fossil coral agate provides physical, emotional and intellectual balance. The agate transmits protection and safety. Mentally it enhances logical and rational thinking, stimulates concentration. Coral takes away from the envy and selfishness of others, coming from the sea has positive vibrations, it is said to be a stone that attracts love, attracts good luck in the home and its inhabitants.