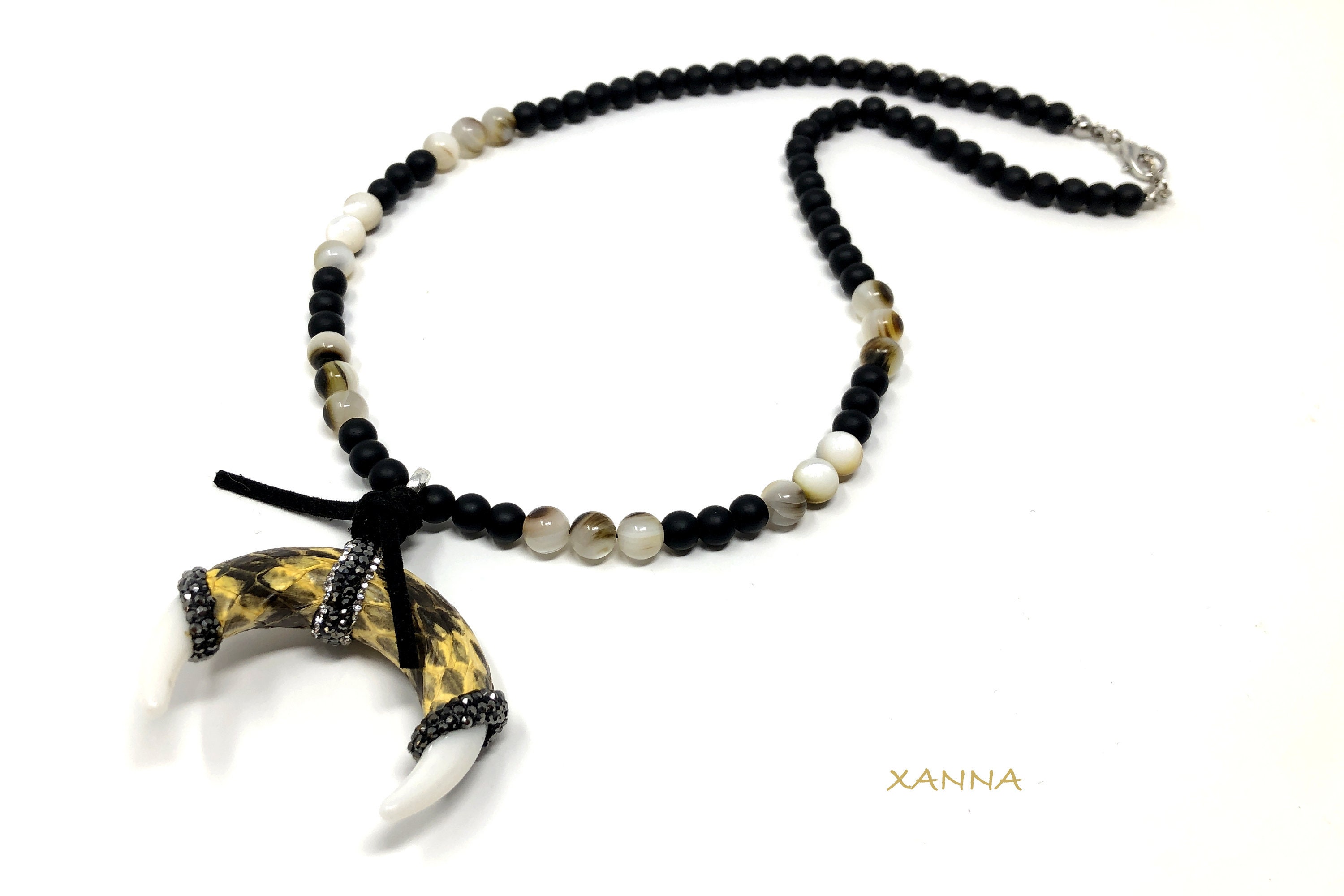 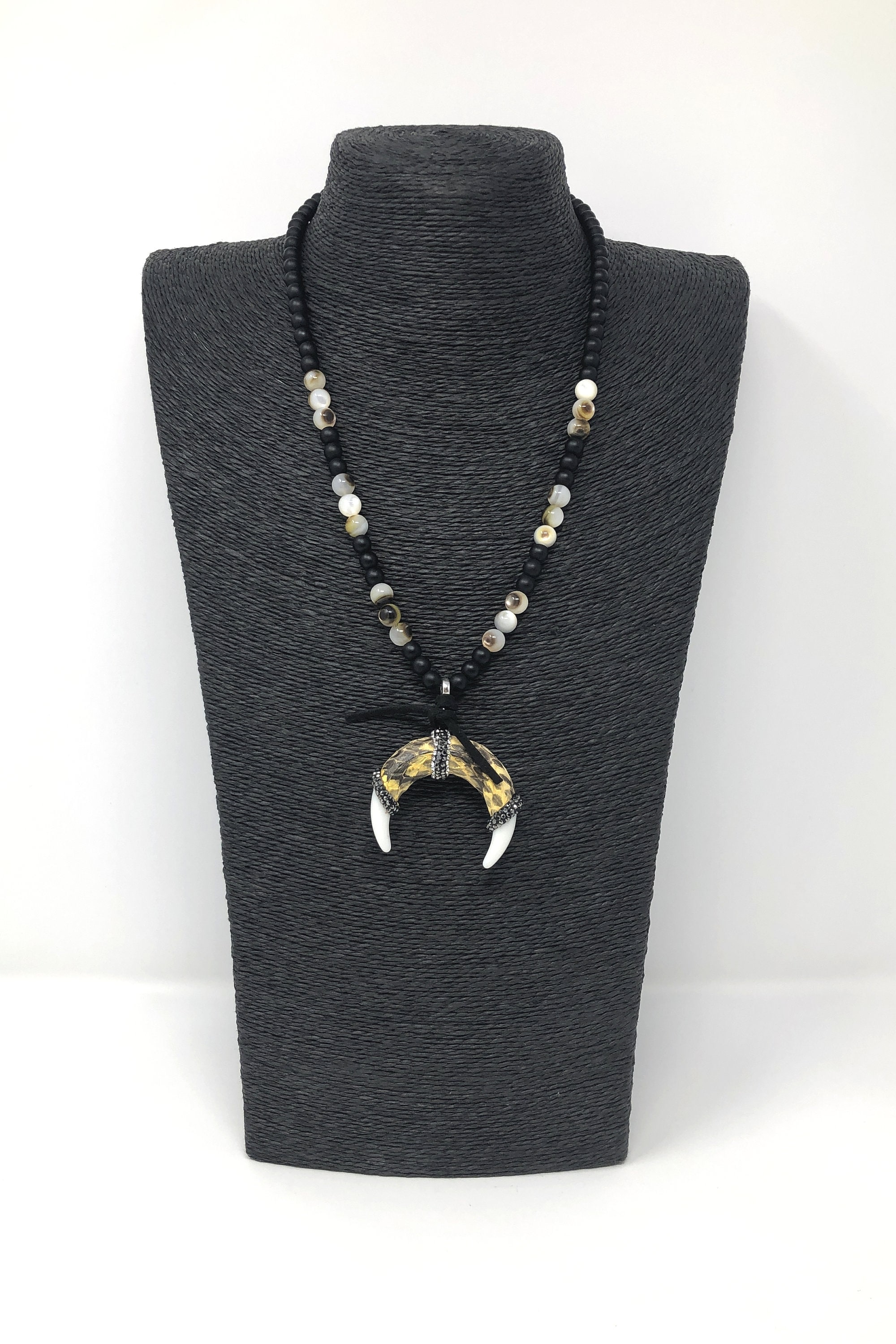 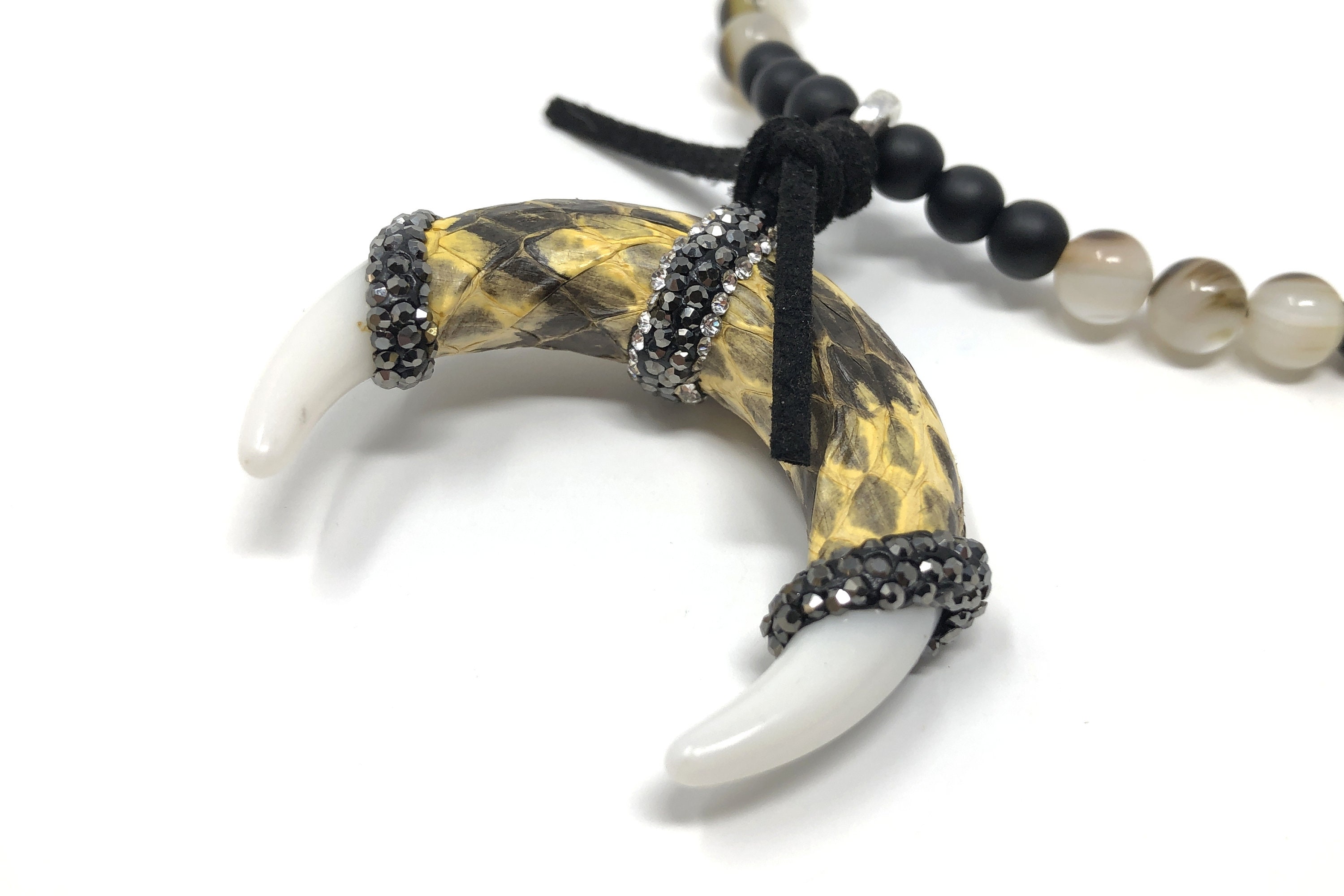 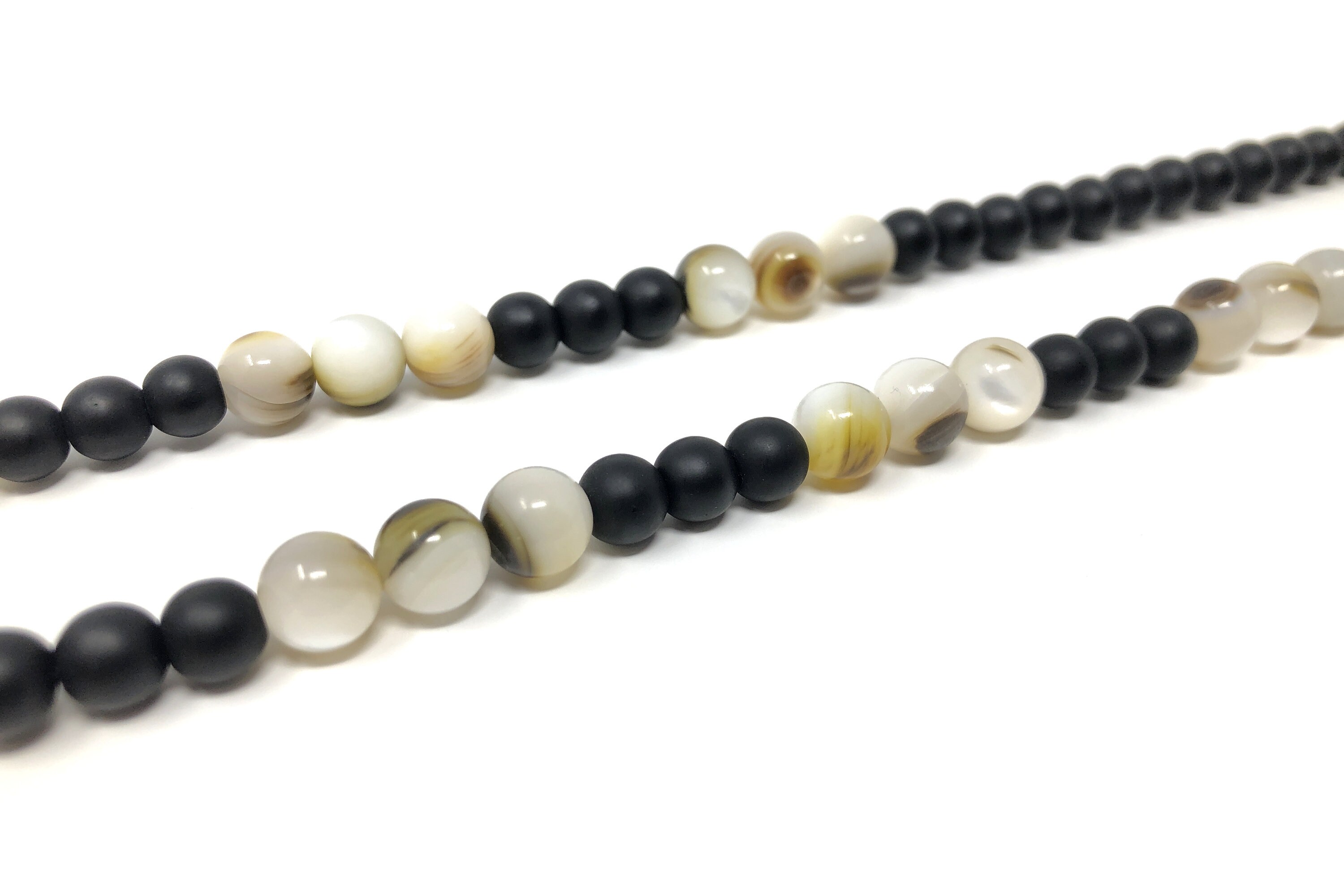 ONYX - PROPERTIES
In ancient times it was considered the stone misfortune, generated sadness, fears and hallucinations. He was also believed to have a demon kept inside and that at night he would go out to sow discord. The name is derived from the Greek word meaning nail. The story is that one day Cupid cut Venus' Divine Nails with an arrow while she slept, he left the cutouts scattered over the sand, and fate turned them to stone so that no part of the divine body would ever die.
It is said that Black Onyx promotes vigor, strength and perseverance, helps to learn the lessons by giving self-confidence and helping you to be in harmony with your environment, is a stone of protection, because of the way it repels and deflects negative energy. They are often used in meditation, to help people find a deeper spiritual connection and achieve balance.
Chacras: Sacral.

MADREPERLA OR NACAR - PROPERTIES
The shells that provide the most beautiful mother-of-pearl are the dates, the nautyla, the pindinas among others, depending on the food consumed by the animal, can be obtained pearls of very different colors. Black pearls can even be found in the southern Pacific Ocean, New Zealand's HALIOTIS AUSTRALIS mother-of-pearl, endowed with a green blue iridescent sheen, was used by Maori for centuries to perform incriturations in wood carvings Mystical.
Nacre has an astrological effect similar to the harmonic conjunction between the moon and Venus, like the pearl. It returns to the people of sweet and flattering treatment, in such a way that their company will always be very pleasant. It is so powerful that its effects can become fascinating and exert on others an irresistible dominion. At the esoteric level is the gem of the White Witches. In another sense it is one of the gems of fertility and receptivity, it helps women to become pregnant.
Chacras: Throat.