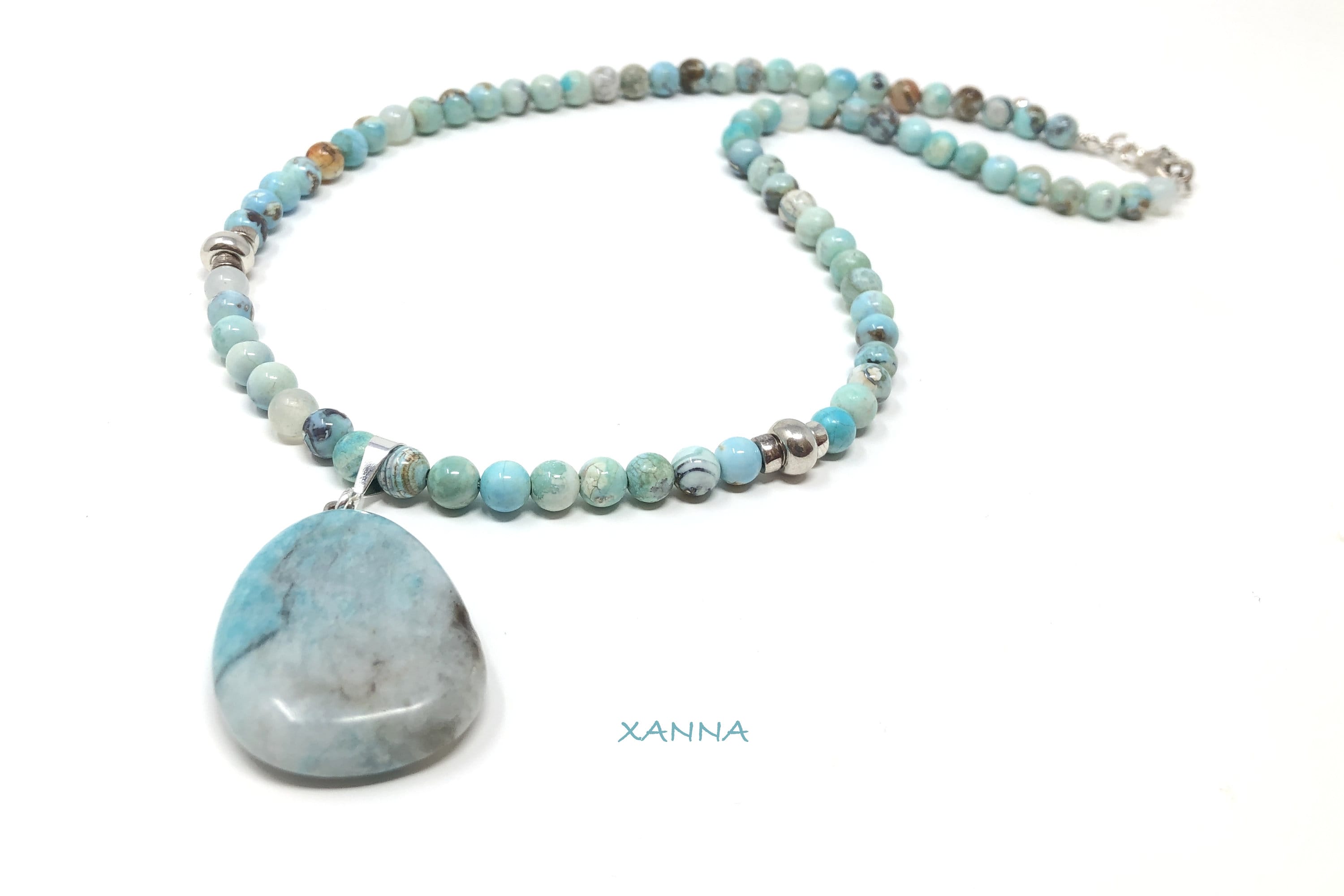 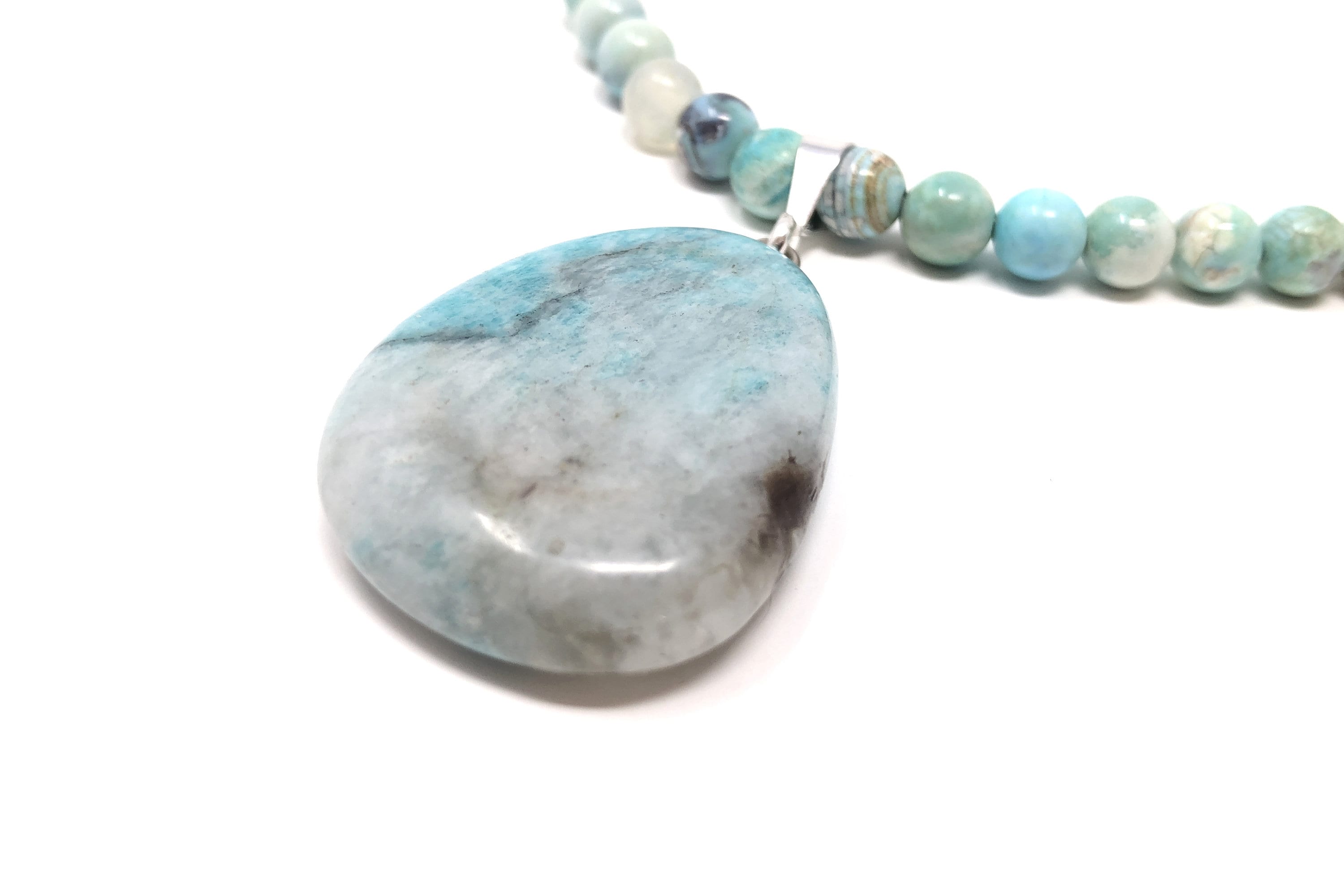 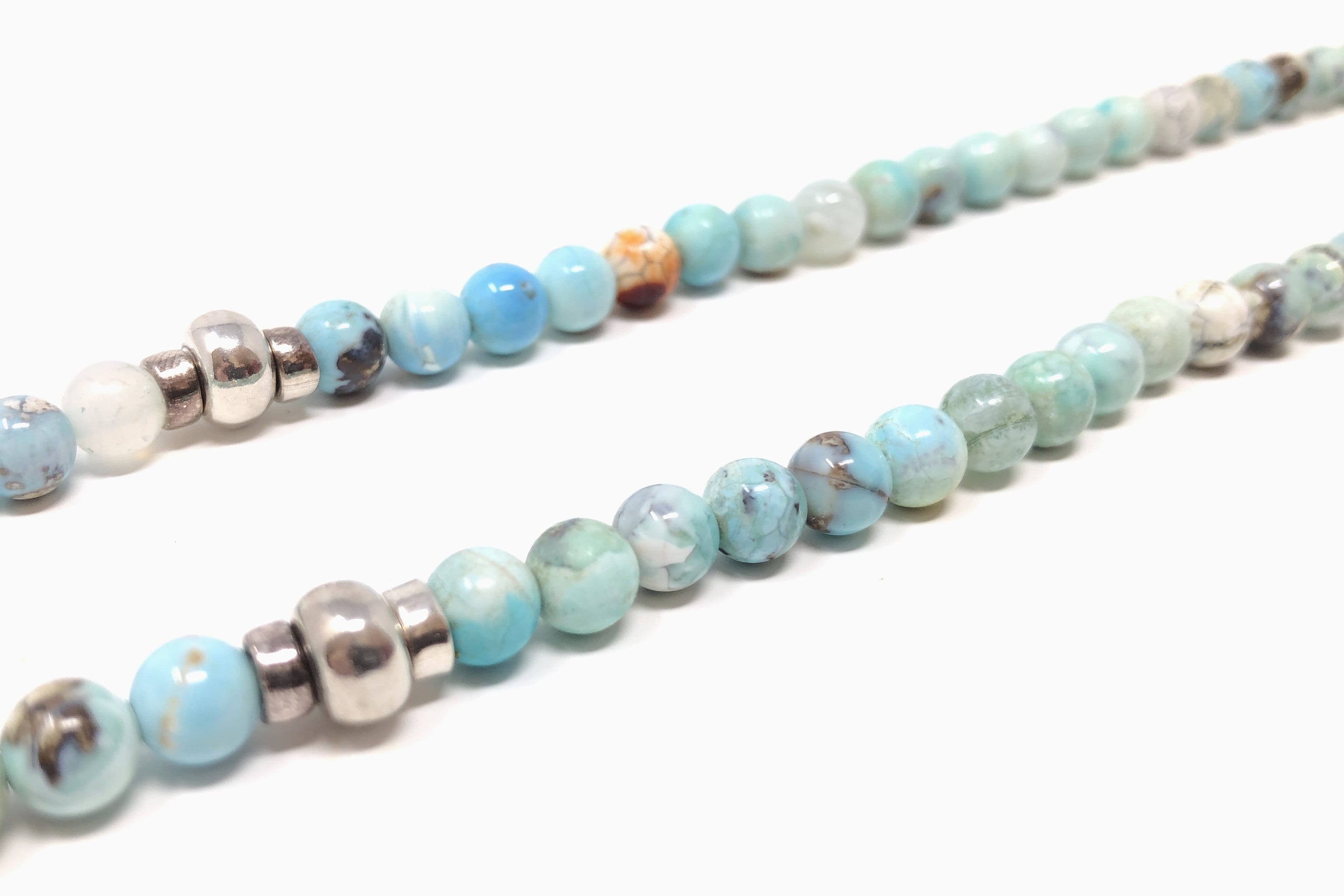 AGATE - PROPERTIES
During the renaissance in the Western world the Blue Agate was a gem of great value for the production of beautiful cameos. Currently in China and India the blue agate is a gem appreciated for the role this stone plays in Buddhism, and for its color for interior decoration under the aesthetic system of feng shui.
It is said that the blue agate is healing, soothing, bringing peace of mind, helps improve verbal expression, facilitating communication between parents and children. Neutralizes anger.
Chakras: Throat.

LARIMAR - PROPERTIES
Precious stone (such as diamond, sapphire, ruby or emerald), the Larimar is the only blue pectolite in the world. This stone, very rare and classified as semi-precious since 1979, is now classified as a cameo.
In 1916, the priest Miguel Domingo Fuertes Loren, who at the time was parish priest of Barahona, was the first to discover the blue rock the same year, requested a permit to explore and exploit the mine, but this was rejected since this type of pectolite was not known in the country. In 1974 on a beach on the coast of Barahona, Miguel Méndez and Norman Rilling, volunteers of the Peace Corps, rediscovered the larimar, After a search, the origin of the rocks was found, which became the Los Chupaderos mine. This place is the same as the priest had found in 1916.
It is said that larimar induces us to take the reins of our life, helps to end fear, suffering and excessive emotions, brings inner rest, facilitates creativity, expands perception, is a very effective stone for those who seek the companion of their soul, facilitates the healing of the relationships of life, or traumas of the heart.
Chakras: Throat.